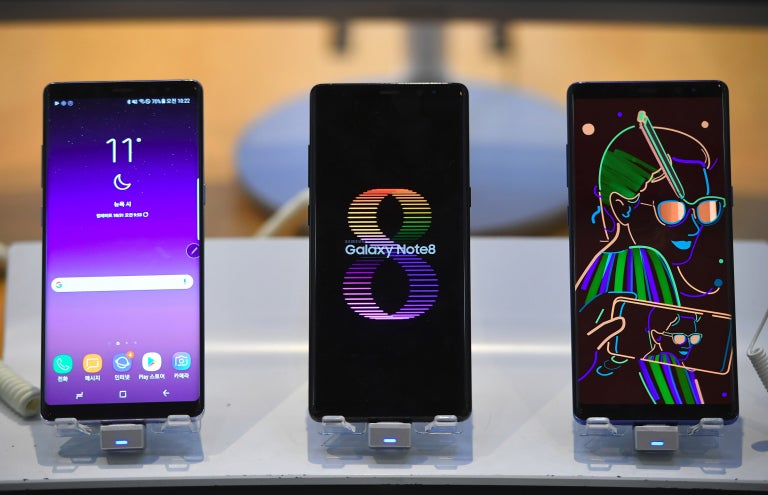 What is “understood to be an official render of the Galaxy Note 9” has made its way to tech blog Android Headlines from what the site claims is a “reliable source.” The rather basic image seems to confirm speculations of there being little to no design changes between the upcoming device and its predecessor.

When Samsung introduced the Galaxy S9 back in February at Mobile World Congress, there was some surprise at how similar the front of the flagship looked to that of its predecessor, the Galaxy S8. And now, as the Aug. 9 launch of the Galaxy Note 9 approaches, new leaks reveal that history may be repeating itself with a familiar-looking new model.

As with the Galaxy Note 8, the Galaxy Note 9 will have the “Infinity Display” that curves along the sides, with a slim bezel on the top and bottom, only the upper part sporting hardware such as the front-facing camera and iris scanner. Some may say that the chin of the phone has a slimmer bezel, which supports rumors of a 6.4-inch display (rather than 6.3-inches like the Note 8), or that the corners are “slightly more curved” as the report notes. However it’s hard to say from the image, as the blog points out it’s “a little on the basic side,” therefore not providing “any valuable information on the software, nor any details relating to the rear of the device.”

A video posted back in June by 91Mobiles that purported to show the device permitted a view from all angles aligns with what can be seen in the new image.

The device is expected to feature 1440 x 2960 resolution, 6 gigabytes of RAM with internal memory capacities of 64, 128 or 256 gigabytes. It could also come with a dual rear camera setup of 12MP + 12MP, with a 8MP selfie camera. The aforementioned match the specs of the previous model, although it may be that the cameras will receive some updated technology, as well as the chipset most likely being the Snapdragon 845 (United States and China) rather than the 835. Or for the rest of the world, the Exynos 9810 Octa, in place of the 8895.

The Samsung Galaxy Note 9 may also come in five colors: Midnight Black, Coral Blue, Orchid Gray, Teddy Brown and Titanium Gray. Fans will get a clearer look at the device on Aug. 9. JB