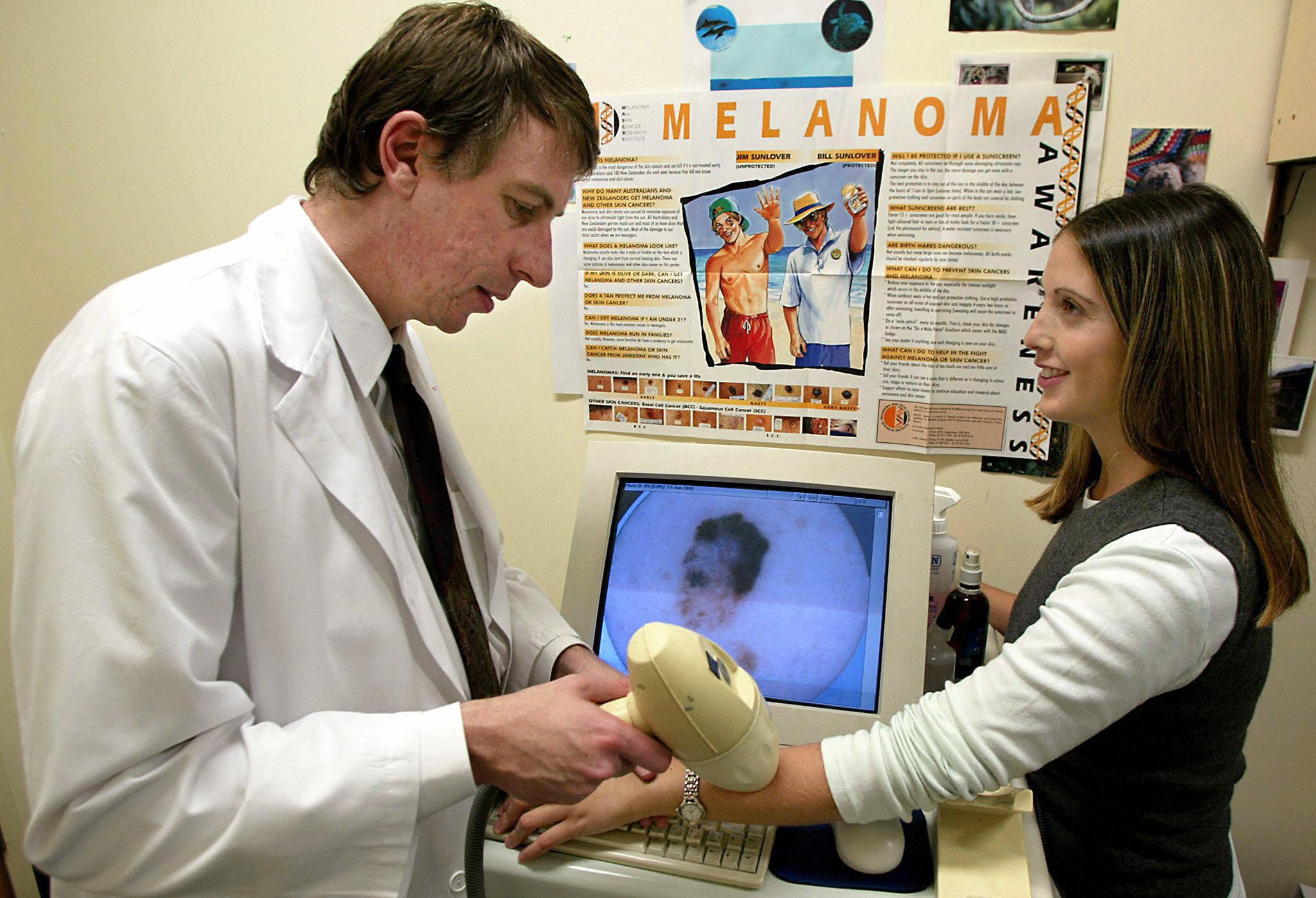 Australian researchers said Wednesday they have developed a blood test for melanoma in its early stages, calling it a “world first” breakthrough that could save many lives.

The scientists, from Edith Cowan University, said the new test could help doctors detect the skin cancer before it spreads through a person’s body.

“Patients who have their melanoma detected in its early stage have a five-year survival rate between 90 and 99 percent,” lead researcher Pauline Zaenker said in a statement.

She added that survival rates fell to less than 50 percent if the cancer spread in the body.

“This is what makes this blood test so exciting as a potential screening tool because it can pick up melanoma in its very early stages when it is still treatable,” Zaenker said.

The research, published in the journal Oncotarget on Wednesday, included a trial involving 105 patients with melanoma and 104 healthy people.

The procedure detected early stage melanoma in 79 percent of cases, the scientists said.

Melanoma is currently detected using a visual scan by a doctor, with areas of concern cut out surgically and biopsied.

“We examined a total of 1627 different types of antibodies to identify a combination of 10 antibodies that best indicated the presence of melanoma in confirmed patients relative to healthy volunteers,” she added.

Cancer Council Australia chief executive Sanchia Aranda said the test would be important for high-risk groups, who have to undergo regular inspections of their spots and moles that can be difficult and time-consuming.

She cautioned that the test did not pick up other types of less deadly, but more common, skin cancers such as squamous cell and basal cell carcinoma.

“People need to be very aware of whether they’ve got sun damage or UV damage on their skin, and be alert to changes in any spots or moles,” she told AFP.

The scientists will conduct another clinical trial lasting three years to validate the findings, and hope to have a test that clinics can use after that.

One in every three cancers diagnosed is a skin cancer, according to the World Health Organization, with Australia having among the highest incidences of melanoma in the world.  /muf