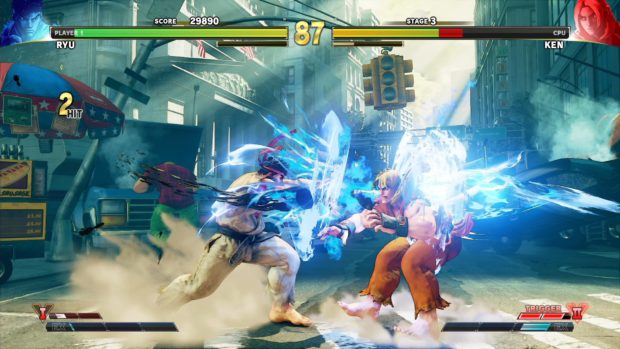 Enlisted men and women in the United States army will get to blow off some steam through a streamed “street Fighter V” tournament to be held today.

The tournament is open to all active-duty service men and women, according to a statement.

The tournament, which starts today, July 28, will be streamed via Twitch. It will consist of eight garrisons, each hosting a local tournament at its Army Morale Welfare and Recreation Warrior Zones. Brackets will be randomly seeded with double eliminations.

Several streaming sessions will be held on separate days. The first one to stream their tournament will be Fort Bliss in El Paso, Texas. Fort Gordon in the City of Georgia will go next on Aug. 11. The Joint Base Lewis-McChord in Washington will be the third to stream on Aug. 18, while Fort Wainwright in Alaska will stream last on Aug. 25.

Finalists will duke it out at the PAX West in Seattle, Washington, on Sept. 1. The winner will get Twitch gear, a two-night stay at the Mandalay Bay MGM resort, an exclusive Army Entertainment Esports jersey, a tournament coin and a $500 gift card.

As for the reason why the army is holding a “Street Fighter V” tournament, it has something to do with raising morale and keeping the soldiers in shape at the same time.

The army believes the game will help soldiers improve hand-eye coordination, mental focus and reaction time. With that in mind, it’s a wonder why the army did not choose shooter games like “Rainbow Six Siege” and “PlayerUnknown’s Battlegrounds.”

Either way soldiers are in for a competitive tournament and the whole world can watch how the US army fares in the video gaming battlegrounds.  /ra