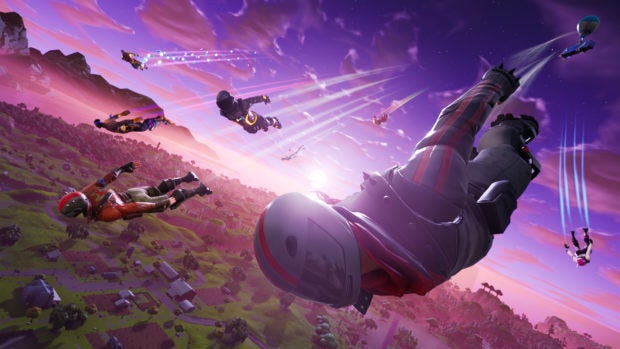 On July 18, the “Fortnite” Twitter account tweeted a video from Reddit user u/PointyHatMan. It featured an attempt by player Muselk to rescue another player with the handle Chappadoodle who fell into one of the game map’s inescapable locations.

Honorable gamer Muselk found the trapped player on a landing at the bottom of a tall cliff. Although “Fortnite” has a construction feature, for some reason buildings could not be built where Chappadoodle fell into. Muselk tried to build some step ladders along the cliff face to help Chappadoodle up but eventually hit an invisible wall which prevented him from building further.

In a flash of inspiration, Muselk thought about driving the recently introduced ATK vehicle down to the landing, then use its springy roof to jump out of the area onto the step ladders he built earlier.

The idea was sound, but there was an issue with the execution. As Muselk dropped down the cliff, he accidentally bumped into Chappadoodle when he parked the vehicle. This sent Chappadoodle’s avatar flying off of the landing and into the water where it drowned.

To commemorate Muselk’s valiant effort, “Fortnite” developer Epic Games erected a tombstone for Chappadoodle and left bouncy tires beside it to help players escape in case anyone else happens to fall on the landing.

HOLY CRAP! @FortniteGame Added a tribute to my "greatest rescue ever" clip!
Chaperdoodle will not be forgotten! (the tires to help him jump up aswell 😂) pic.twitter.com/z30UedYSQf