Twitter studies how to make platform free of abuse, harassment 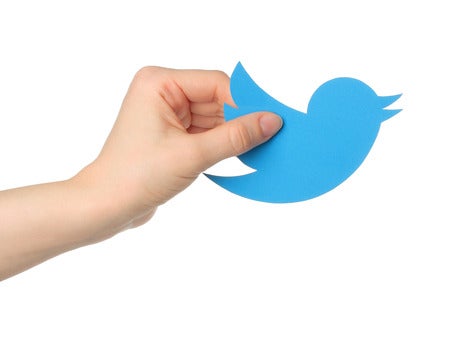 For some, admitting one’s shortcomings and going about in changing them may be a hard pill to swallow. But for Twitter, who vowed to create a safer space for its users last March, it looks like it may be serious in its promise through its latest initiative.

Vijaya Gadde (Legal, Policy and Trust & Safety lead of Twitter) and David Gasca (product manager for Health) wrote a Twitter blog post last July 30 to announce that work has been underway in the site to ensure it would be free of abuse and harassment.

“If you want to improve something, you must be able to measure it,” wrote Gadde and Gasca. “We knew this was not something we should address alone, and put out a request for proposals to help us develop a measurement framework.”

Gadde and Gasca have since received over 230 proposals from all over the world since March, a feat that challenged their team to “think critically about how we can define and measure the health of public conversation.”

Amnesty International, a London-based non-government organization, released a report last month that showed how Twitter’s culture of violence and online abuse is failing women. The report was sixteen months in the making and involved more than 1,000 women, recording the testimonies of online abuse women have faced on Twitter as well as the psychological harm that comes with it.

For its first project, Twitter shared that it will be examining “echo chambers and uncivil discourse” by developing two metrics. The project was proposed by a group of professors from various universities from New York, The Netherlands and Italy, and will focus on: 1) how communities form around political discussions, and; 2) the challenges that may arise in those discussions.

“In the context of growing political polarization, the spread of misinformation, and increases in incivility and intolerance, it is clear that if we are going to effectively evaluate and address some of the most difficult challenges arising on social media, academic researchers and tech companies will need to work together much more closely,” Dr. Rebekah Tromble, a political science professor at Leiden University, was quoted in the post.

But apart from examining echo chambers and uncivil discourse, Twitter also aims to bridge gaps between communities in the platform.

In the second project, academics from the University of Oxford and the University of Amsterdam will be looking into how people use Twitter and how being exposed to different perspectives can help in decreasing one’s discrimination and prejudice.

“We’re aiming to investigate how this understanding can be used to measure the health of conversations on Twitter, and whether the effects of positive online interaction carry across to the offline world,” Dr. Miles Hewston, a social psychology professor at Oxford, was quoted as saying.

Gadde and Gasca admit that Twitter’s task in ensuring a safe space for its users are lofty and ambitious, but they are excited about working with the two teams to measure the health of public conversation.

“[It’s] crucial to guiding our work and making progress, and both of our partners will help us continue to think critically and inclusively so we can get this right,” Gadde and Gasca stated. “We know this is a very ambitious task, and look forward to working with these two teams, challenging ourselves to better support a thriving, healthy public conversation.” JB