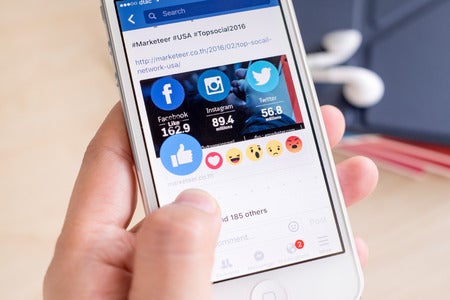 In case you’re wondering why an airplane has suddenly become a “feeling” on Facebook, the social networking company has confirmed that it isn’t a real feature.

You can plane react on Facebook for some reason pic.twitter.com/7VQ9A2ryZ7

While some may be eager to ask friends to “plane react only,” a Facebook spokesperson said in a Fast Company report, “This was created as part of an employee hackathon and wasn’t cleared for takeoff. Our apologies.”

It hasn’t stopped eager social media users from trying to get the accidental feature, which is reportedly only on Android Oreo. Some have suggested steps such as updating the Facebook app and clearing the app’s cache.

While reacting to a Facebook post, a second angry emoji will supposedly pop up and turn into an airplane. Others said they see the airplane emoji, and some have even alleged that there are fire and flower reactions, the latter made available as a “thankful” reaction on Mother’s Day.  Niña V. Guno /ra