BOULDER, Colo. — Climate and weather scientists said hailstorms inflict billions of dollars in damage each year, and the cost will rise as the growing population builds more homes, offices and factories.

But the researchers said the role of climate change in future hailstorms is harder to assess.

The experts met Tuesday at a conference at the National Center for Atmospheric Research in Boulder, Colorado.

Ian Giammanco (jee-uh-MAHN-koh), a meteorologist for the Insurance Institute for Business and Home Safety, said the United States is building larger homes and putting them closer together, so when hailstorms hit, they do more damage.

Kristen Rasmussen, an assistant professor at Colorado State University, says the effects of climate change on hail are mixed. She says fewer storms are developing overall, but the ones that are forming are stronger.   /kga 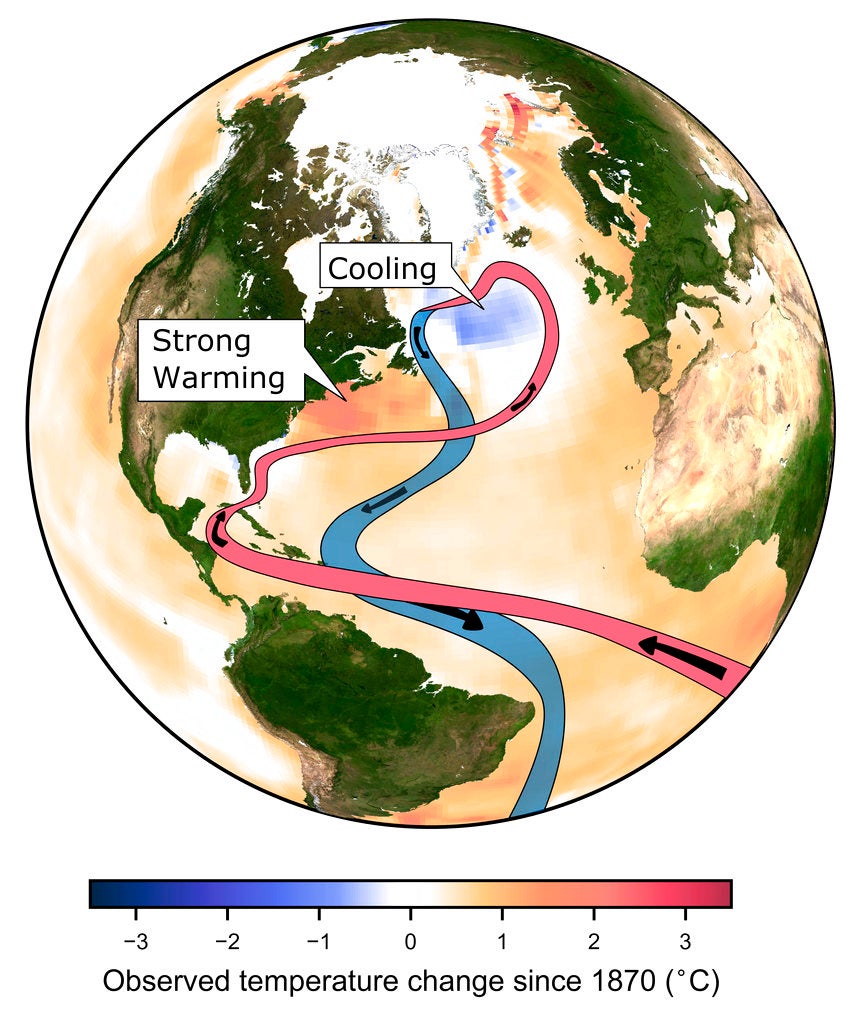 This image provided by the Potsdam Institute for Climate Impact Research in April 2018 shows observed ocean temperature changes since 1870, and currents in the Atlantic Ocean. A study released on Wednesday, April 11, 2018 suggests global warming is likely slowing the main Atlantic Ocean circulation, which has plunged to its weakest level on record. (PIK via AP)