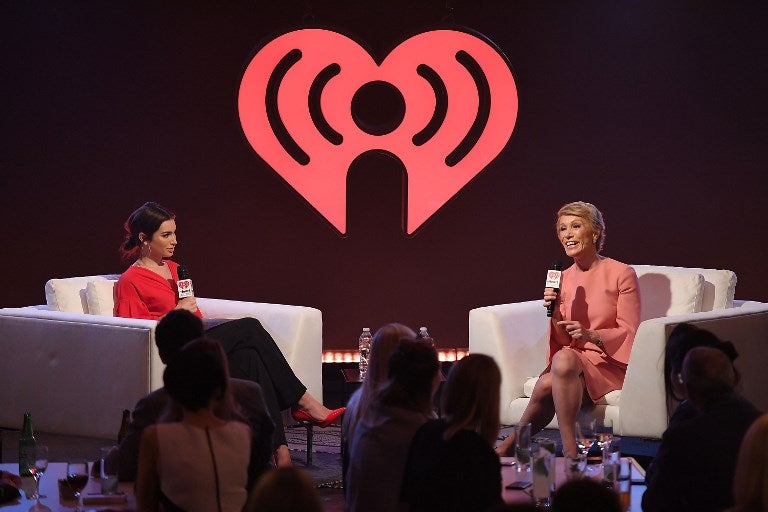 In less than 15 years, on-demand podcasts have become a key part of the media landscape that is luring advertisers to a market that is worth tens of millions of dollars and growing.

According to Edison Research, 124 million Americans listen to audio podcasts including 73 million on a monthly basis.

“Podcasts are now getting to the point where they sit alongside other forms of premium media like video and books and television and music,” said Matt Lieber, a co-founder of Gimlet Media, a major podcast producer.

“Now there are reviewers of podcasts. The Financial Times has a person on staff that reviews podcast. It’s almost like if you’re not listening to podcast you’re out of the loop.”

Podcasts are a natural choice for a generation accustomed to on-demand services like Netflix. Listeners are younger and better educated than the average radio listener, with more women in the mix, creating an important demographic for advertisers.

Podcast ad revenues doubled in 2017 to $313 million, according to a study by PricewaterhouseCoopers (PwC) with the Interactive Advertising Bureau (IAB).

That is far less than the estimated $14 billion in radio ad revenues for 2016, but podcasting is showing strong growth — likely to double again by 2020 according to the PwC/IAB report.

A study by New York University researchers found traditional AM/FM radio is rapidly losing ground to in-demand services, especially among younger audience, with listening by those 13-18 down by almost 50 percentage points between 2005 and 2016.

NPR, one of the earliest entrants in podcasting more than a decade ago, has some 17 million listeners to its podcasts such as “Planet Money,” “Fresh Air” and “Ted Radio Hour,” far more than any rivals.

Monetizing
Popular podcasts have been able to create a successful revenue model as well, say analysts.

“When you look at the top 500 or 1,000 podcasts, there are now hundreds of shows with hundreds of thousands of listeners each that are making sustainable amount of revenue in the half a million to million dollar range, which is a significant jump from a few years ago,” said Erik Diehn, chief executive of the podcast ad firm Midroll Media.

While the majority of the estimated 500,000 podcasts produce little or no revenue, some top podcasts can generate “millions of dollars” annually, according to Diehn.

But some are starting to introduce a subscription model, like Midroll’s Stitcher platform offering “premium” podcasts for $4.99 a month.

Spotify, the big streaming music platform, is also in podcasting and recently invested $1 million for a podcast hosted by actress Amy Schumer.

Other models like one offered by the Castbox platform are based on the newspaper “paywall” system allowing access to a certain number of podcasts for free, with paying customers getting more.

As podcasting becomes more popular, some are attracting big stars and offering tie-ins to film and television programs.

Podcasting is particularly suited to the smartphone generation and is likely to grow with increased use of connected devices.

“Right now we’re spending a lot of time thinking about how our work should be presented on connected speakers, in connected cars and other technologies that are here with us but maybe haven’t evolved to their final state yet,” said NPR’s Carruth.

“People recognize the value of audio and are really embracing it. That’s an incredible foundation to build on. We can be the trusted companion for people wherever they are.” /cbb

TOPICS: Edison Research, Media, podcast, Radio, technology
Read Next
Experts: Hail damage is worse, but climate role uncertain
EDITORS' PICK
Garcia softens stance, meets IATF halfway on swab-upon-arrival policy
Want to help local farmers? Shop small and eat Real Food
ICC is everything but a court of ‘white people’
Manila is 78th most expensive city in the world for foreign workers
TeaM Energy pushes development programs to help in pandemic rebound
Piolo Pascual: The Ultimate Heartthrob continues to level up
MOST READ
Sharon Cuneta on living in the US: ‘Nagagawa ko lahat ng normal na bagay’
ICC is everything but a court of ‘white people’
Duterte-Duterte tandem possible but ‘winnability is another question’ — Binay
Mike Nieto asks fans: ‘No below the belt remarks’ toward South Korea
Don't miss out on the latest news and information.