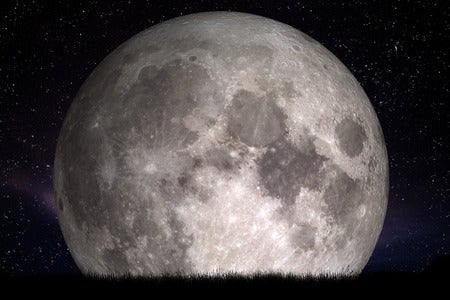 TAMPA, United States – Scientists said Tuesday they have confirmed the existence of ice on the Moon’s surface for the first time, a discovery that could one day help humans survive there.

Signs of ice on the Moon have been reported by scientists for years, but previous observations could have been explained by other phenomena, such as unusually reflective lunar soil, the study authors said.

“This is the first time scientists have definitive evidence for the presence of water ice on the surface,” lead author Shuai Li of the Hawaii Institute of Geophysics and Planetology told AFP.

The ice mainly lies in the frigid shadows of craters at the lunar poles, and was detected using instruments that flew on the Chandrayaan-1 spacecraft, launched in 2008 by the Indian Space Research Organization.

The polar regions where the ice lies are “super cold,” Li said, noting that the warmest temperatures never reach above minus 250 degrees Fahrenheit (-157 Celsius.

It is unclear exactly how much ice exists on the surface, since the instruments could only detect ice within a few millimeters of the Moon’s surface, he said.

But NASA said if there is enough of the ice, “water would possibly be accessible as a resource for future expeditions to explore and even stay on the Moon.”

The US space agency is aiming to return humans to the Moon in the coming years for the first time since the storied Apollo missions of the 1960s and 1970s.

Li said the best way to find out more about the Moon’s ice and how to tap into it as a resource would be to send a robotic rover to explore the lunar poles.

The full study was published in Monday’s edition of the Proceedings of the National Academy of Sciences. /cbb