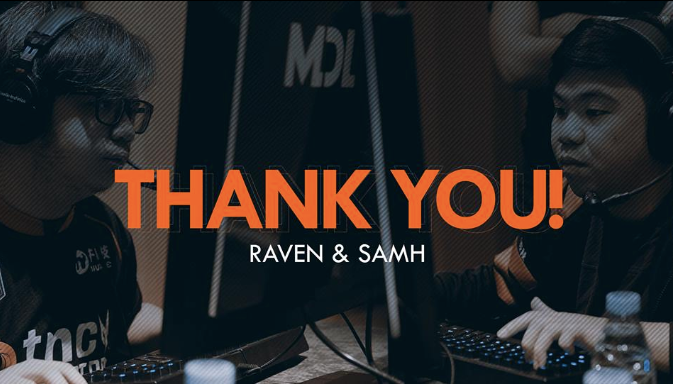 SamH and Raven — whose real names are Sam Hidalgo and Marc Fausto — both left the Dota 2 organization on Sept. 5.

TNC Predator is considered to be a highly competitive team, both in the Southeast Asian region and worldwide. The team has won an estimated $2,462,042 (₱132,680,674 as of posting time) in prize money.

SamH and Raven made significant contributions to the team with their skills in their respective in-game positions.

The team posted on their official Facebook account that it will be working to complete its roster in time for the upcoming Dota Pro Circuit. The first tournament of the Circuit is the Kuala Lumpur Major Qualifier, which will be held from Sept. 16 to 21.

The last tournament that TNC Predator participated in was The International 2018, the largest Dota 2 tournament of the year and the biggest in terms of prize pool at $25,532,177 (over P1.3 billion).

With five Filipino players, TNC Predator comprised the bulk of the eight Filipino nationals participating in the premier Dota 2 tournament.

Filipinos had the second highest representation in The International 2018 in terms of nationality, second only to China’s 27.