Widespread sale of wild animals on Facebook in Thailand 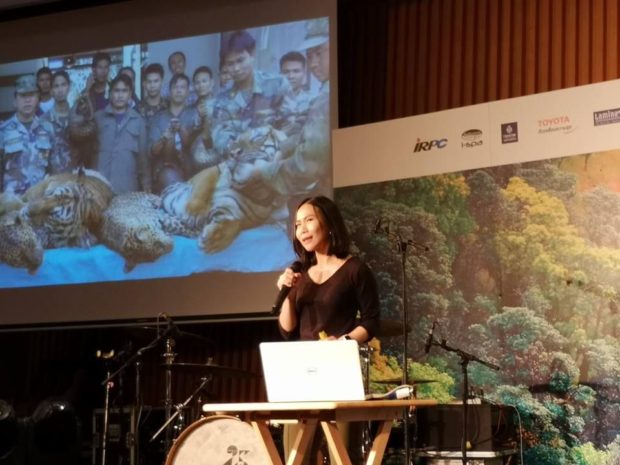 PHOTO from The Nation/Asia News Network

BANGKOK — More than 1,500 wild animals are up for sale on Facebook every month, the wildlife trade-monitoring network Traffic said over the weekend. According to Traffic, wild animals from 200 species were advertised in 756 posts in closed groups in 2016.

The most popular animal was the slow loris (139), followed by the African spurred-tortoise (115) and the red-whiskered bulbul (33), a local bird used in singing competitions. Other wild animals up for sale were green iguanas, pythons and Asian palm civets.

“The wild animals are traded live, dead or in parts. They are smuggled to be raised as pets, sold as ingredients to high-end restaurants or sold to collectors,” Maethinee Phassaraudomsuk, data and research officer for Traffic Southeast Asia, said.  She was speaking at a meeting organised by Seub Nakhasathien Foundation at the Bangkok Art and Culture Centre yesterday.

For instance, she said, Asian black bears and pangolins are deemed delicacies in Laos, while helmeted hornbill, a bird native to Indonesia, has been hunted to near extinction for its so-called “red-ivory” beak, which is more expensive than ivory from elephants. Maethinee said Thailand was a source, transit point as well as destination for wildlife trade. Animals are smuggled across Thai borders to or from other Southeast Asian countries to make their way to China or Japan. Otters, for instance, are captured and smuggled to Japan and Vietnam.

“Traffic has even found a Sulawesi hornbill from Indonesia put up for sale on a Thai Facebook page,” she said.

Traffic said the online platform was proving to be a profitable channel for wildlife traders. After the Elephant Ivory Tusk Act was enforced in 2015, banning the trade and ownership of ivory from African elephants as well as requiring ivory traders and owners to register, 90 percent of wildlife shops in Bangkok shut down. However, trade online spiked.

More than 2,550 ivory items are up for sale on Facebook. “They come as amulets, religious idols and even raw ivory,” Maethinee said. Facebook, Google and other tech giants have joined the fight against wildlife trade online.

Facebook is developing a policy that it hopes will cut the trade in illegal wildlife products by 80 percent, she said. Call the authorities if you find wild animals being traded or advertised online, she said.