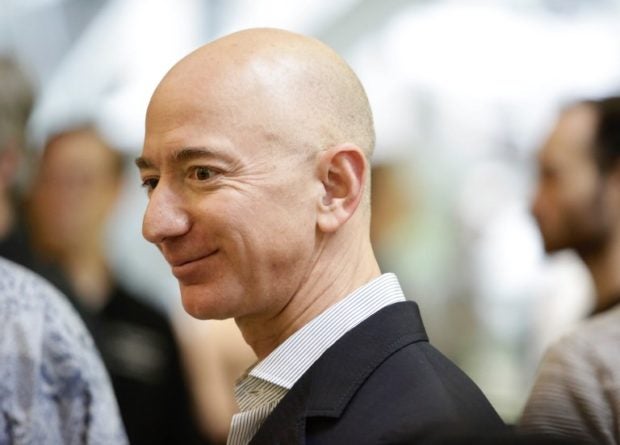 In this file photo taken on January 29, 2018 Chief Executive Officer of Amazon, Jeff Bezos, tours the facility at the grand opening of the Amazon Spheres, in Seattle, Washington.  AFP

The world’s richest individual made the announcement on Twitter a year after asking for ideas on how he could use his personal fortune — now estimated at some $163 billion— for charitable efforts.

The “Bezos Day One Fund” will contribute to “existing nonprofits that help homeless families” and also fund “a network of new, nonprofit, tier-one preschools in low-income communities,” he wrote.

Grants will be given to organizations “doing compassionate, needle-moving work to provide shelter and hunger support to address the needs of young families,” Bezos said.

The fund will also seek to launch and operate “a network of high-quality, full-scholarship, Montessori-inspired preschools in underserved communities,” he wrote.

“We will build an organization to directly operate these schools.”

The $2 billion initiative, while significant, is far less than the philanthropic efforts of other billionaires including Microsoft’s Bill Gates, who has donated tens of billions to his foundation, and Facebook’s Mark Zuckerberg, who has pledged to donate 99 percent of his shares in the social media giant to an organization focused on public good.

It also falls short of the “giving pledge” initiative launched by Gates and billionaire investor Warren Buffett, who have encouraged wealthy individuals to pledge half their fortunes for philanthropy.  /ee