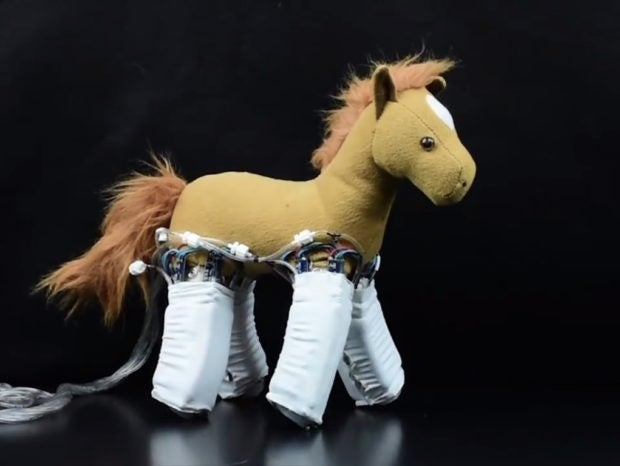 The image of a robot usually includes hard metal parts, wiring and a singular purpose. However, the “robotic skin” goes against this stereotype and even has the ability to turn non-robotic items like stuffed toys into makeshift robots.

These robotic skins are created with no specific purpose in mind. Instead, the elastic sheets embedded with sensors and actuators are wrapped around deformable objects like stuffed toys to give them movement.

Once wrapped around a pliable item, the robotic skins can be programmed to produce a number of actions such as grasping and locomotion. Favorite stuffed toys can be made to walk and foam tubes crawl like worms.

The project was developed in partnership with NASA, which hoped to apply such soft robotic technologies in space exploration. Rebecca Kramer-Bottiglio, who led the development team, saw the potential of robotic skins in helping astronauts cope with changing circumstances in space. Because resources are limited in space, a versatile system like robotic skins can be used as a robotic arm at one point and a planetary surface rover in another.