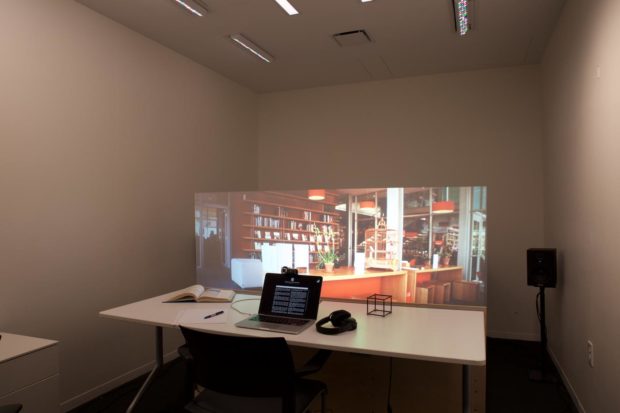 An automated work desk in development transforms to create a more soothing environment for workers.

Based on the idea of spacial augmentation, researchers from the Massachusetts Institute of Technology (MIT) developed an office desk that can transform itself and the surrounding area to lower the stress levels of workers, according to a statement.

Spacial augmentation is the process of shaping a space or environment to influence human experiences and behavior. Previous studies showed that proper manipulation affected cognitive performance, mood and physiology in humans.

For example, the desk could show an artist’s living room filled with artifacts to spark creativity. Or it could show  brief clips of natural scenery to remind people to balance schedules.

Mediated Atmosphere was created to address the changing work environments and attitudes of modern office workers. The project is still far from being adopted, but it gives a science fiction-like glimpse of what future offices could look like.  /ra