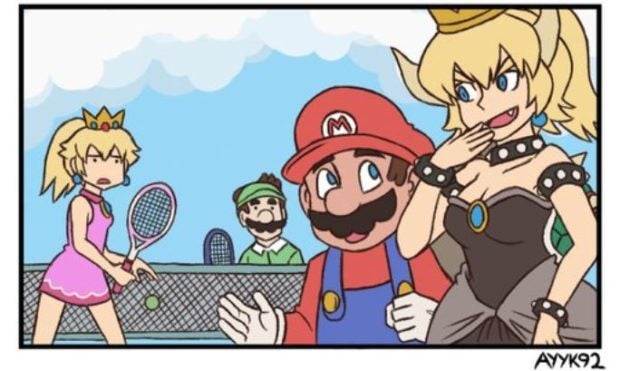 Artists, gamers, and Twitter users have been busy spreading word of their newest darling in the form of a female Bowser, also known as “Bowsette.”

Bowser, or King Koopa in Japanese, is the main antagonist in Nintendo’s “Super Mario” game series. However, the spiky-shelled villain received a lot of attention lately thanks to the new Super Crown feature from the upcoming “Super Mario Bros. U Deluxe” for the Nintendo Switch. Due to the creative interpretation of artist and Twitter user haniwa (@ayyk92), Bowsette, also known as “Princess Koopa” by the Japanese, was born. Haniwa tweeted this four-panel comic on Sept. 20 and has since inspired a number of adaptations.

The Super Crown is actually an exclusive item for the character Toadette, which is a female version of Toad, for “Mario U Deluxe.” Much like the Super Star powered-up Mario, the Super Crown also powered up Toadette and turned her into a full-sized Princess Peachette. 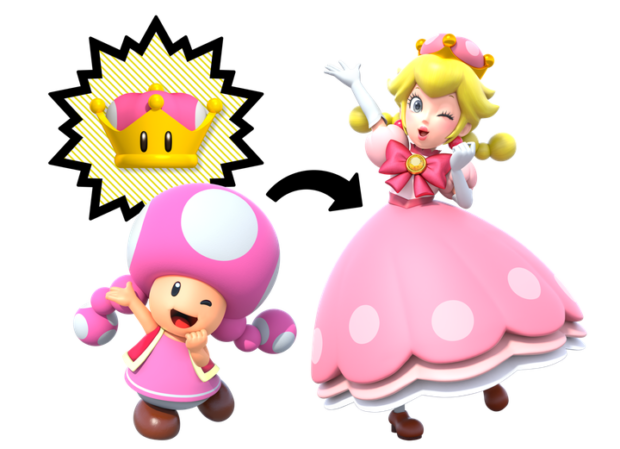 Haniwa took the concept and just ran with it to depict a heartbroken Mario and Bowser trying to get back at Princess Peach for dumping them. 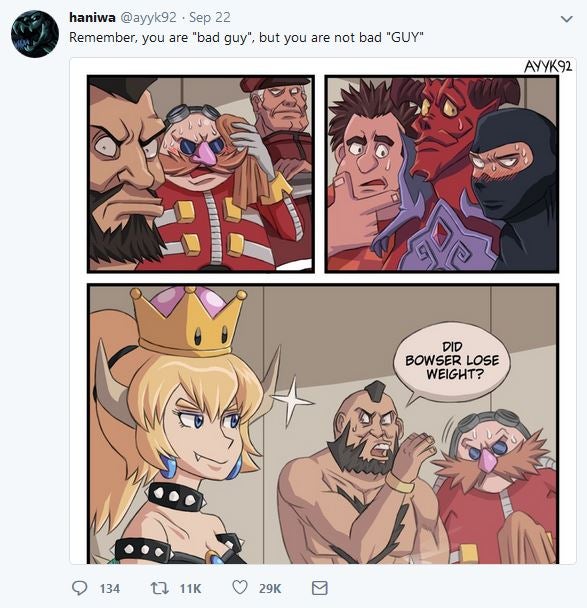 Artists soon began sharing their own renditions of Bowsette as an evil version of Princess Peach with horns, a black gown, spiky turtle shell and an evil-looking expression. 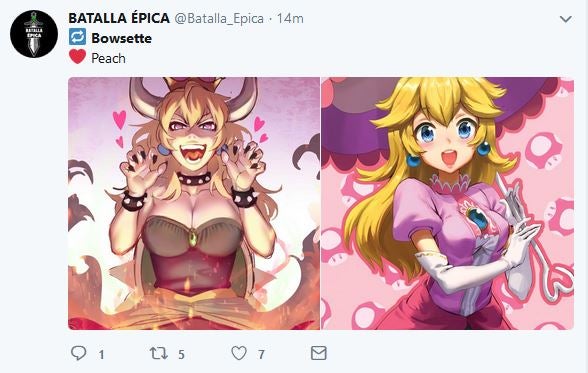 Tumblr user Rakkuguy took the Super Crown effect and used it on the ghost enemy Boo. The parody instead had Luigi getting his own evil girlfriend to show off.

More fan art continues to get shared on Twitter as of this writing. 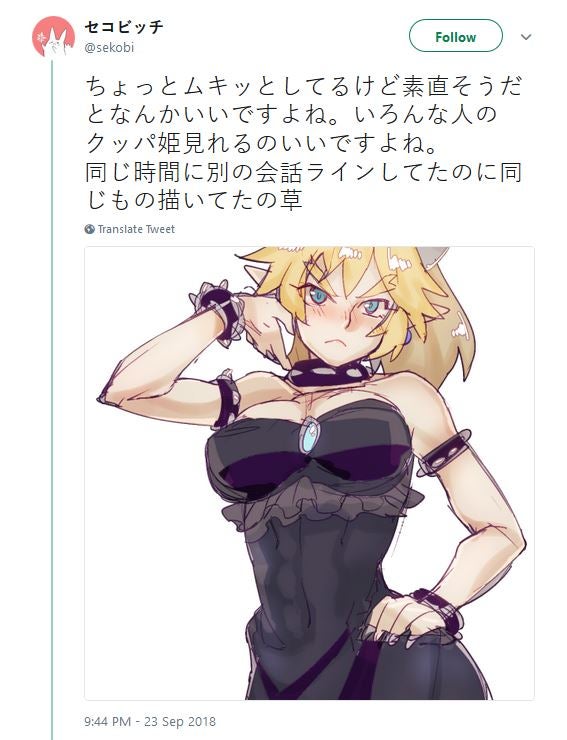 Some of these artworks, however, are not so wholesome so some caution is advised. NVG