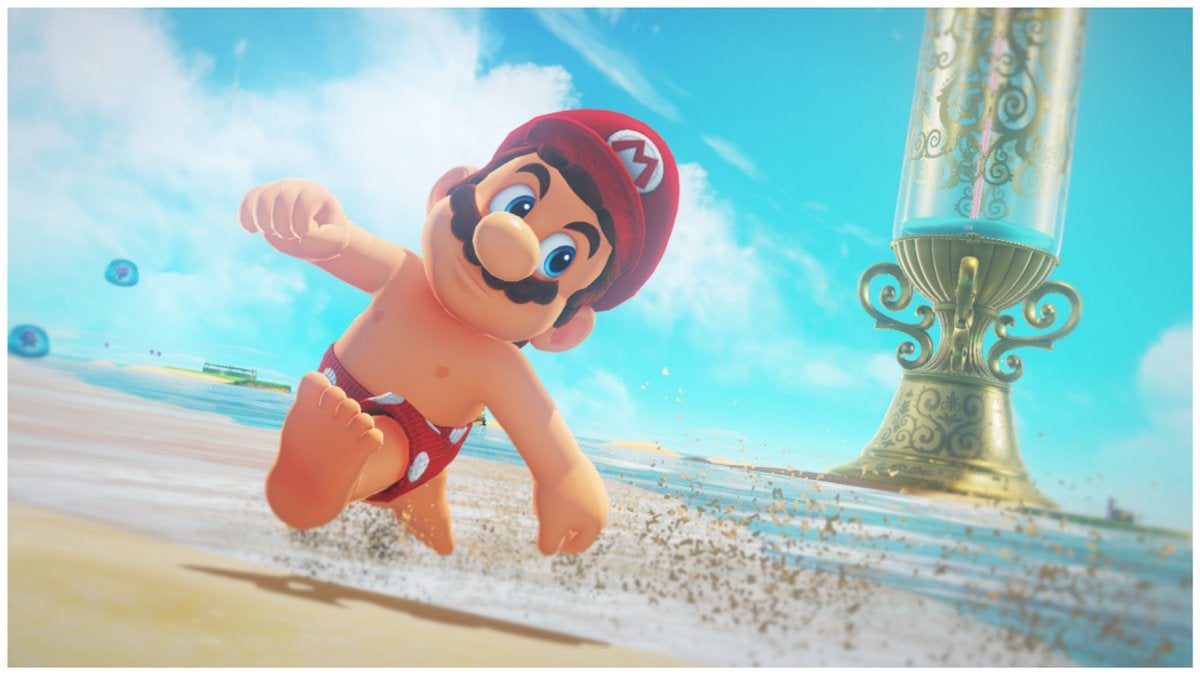 The most recent Nintendo Direct on video streaming site Twitch featured the upcoming “Super Mario Odyssey” for the Nintendo Switch. Fans looked forward to the game, but the most exciting part of Nintendo’s announcement turned out to be Mario’s nipples.

After a beach area called Bubblaine in the Seaside Kingdom was revealed, Nintendo of America tweeted a photo of Mario running on the beach with nothing on except for his cap and beach shorts.

Apparently, this is the first instance that Mario has been seen topless in a game. The first thing that fans and gamers noticed were his nipples, naturally. 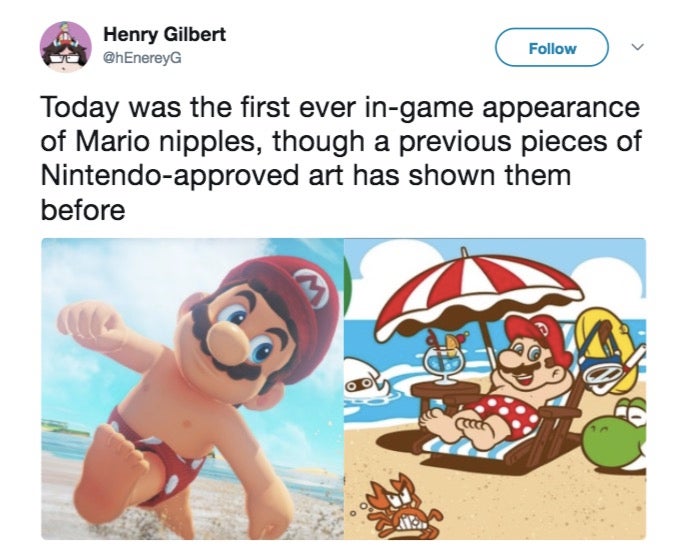 Now that Mario has bared his nipples, one Twitter user wondered if it will be censored on Instagram.

Another worried that Mario’s nipples might show through clothing upon entering the icy world of Shiveria in “Super Mario Odyssey”.

One netizen questioned Mario’s Italian heritage due to his lack of chest hair.

This fan asked Nintendo to clarify why Yoshi doesn’t have nipples.

An aspiring designer decided to make some improvements on Mario’s 3D model and added the character’s trademark “M” on his chest, made of nipples. 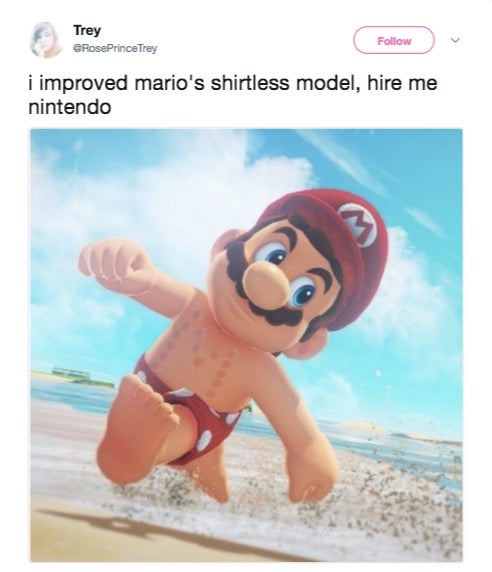 Despite the questions, Super Mario fans stay enamored of the Italian and former plumber’s body, nipples and all. JB 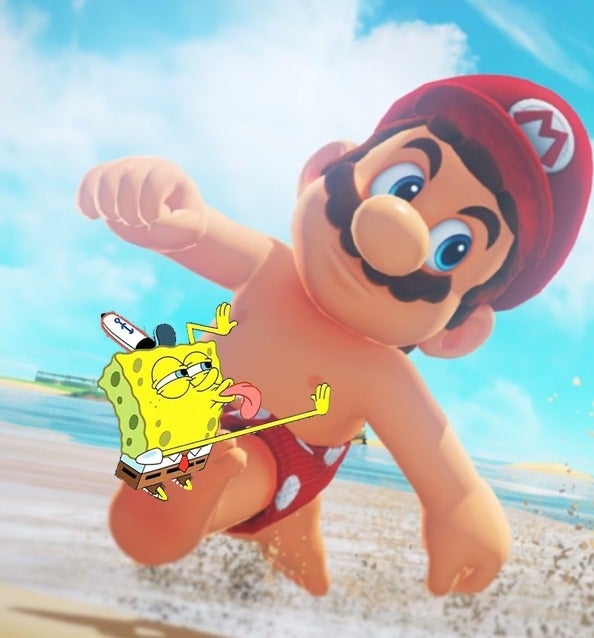