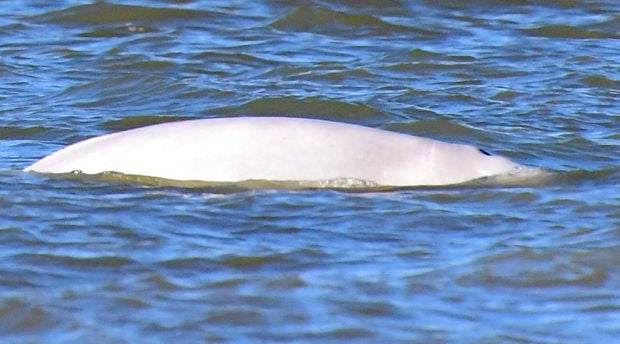 A beluga whale swims in the River Thames off Gravesend, near to London, Wednesday Sept. 26, 2018. Image: Victoria Jones/PA via AP

The animal welfare group RSPCA said Wednesday the whale is “able to move fast in the water and dive.” Officials hope it will return to the open sea.

The beluga whale attracted a plenty of attention Tuesday when it surfaced in the River Thames. The unusual sighting happened in the Gravesend area, 30 miles (50 kilometers) east of London.

Officials say nearby ships have heeded the call to stay far away from the whale to avoid upsetting it.

RSPCA says “at the moment, there are no major concerns for the welfare of the animal.” AB