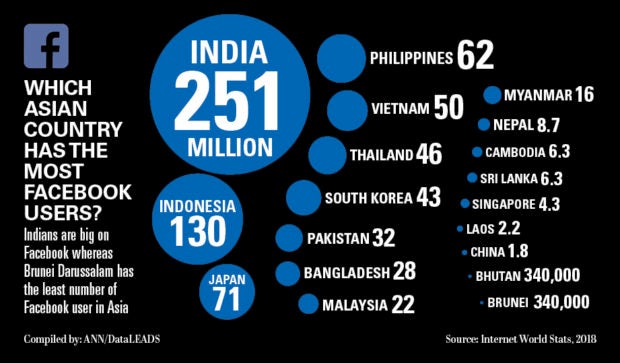 NEW DELHI—Indians are big on Facebook whereas Brunei Darussalam has the least number of Facebook user in Asia.