technology / Internet
Internet
PROVING HE CAN HACK IT – ETHICALLY

Alexis John Lingad has always dreamed of becoming a superhero, but without superhuman strength, X-ray vision, or the ability to levitate, how would he keep the people safe?

Simple. He became a hacker and made a business out of hacking.

Lingad, 21, is the founder and the CEO of Cryptors Cybersecurity Inc., one of the leading start-up cybersecurity companies in the Philippines, which he established when he was just 18.

The company offers cybersecurity services and training that aim to “make the cyberspace safer for businesses and individuals.”

This company was Lingad’s platform as an online superhero.

He was able to harness the power of hundreds of ethical hackers – or “white hat hackers” – and use them to secure businesses. He was able to develop a weapon for people against mobile hacking. 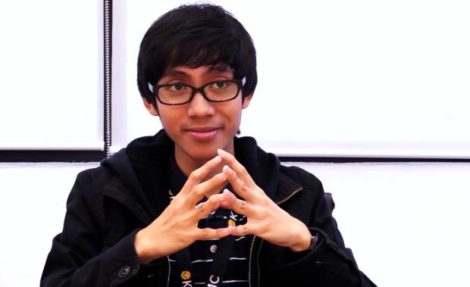 Like many comic-book superheroes, Lingad has an interesting backstory.

He was in high school when he was pulled into the realm of cyberspace – and hacking piqued his interest the most.

“By knowing hacking, it’s like you’re becoming a demigod in the digital world,” Lingad said in an interview with Inquirer.net on Tuesday. “Kung iisipin mo, if marunong ka mag-hack, you can control everything sa digital world. It’s like you’re manipulating a world, hacking is like giving you that kind of power. Hindi naman ako ganoon ka-athletic pero from that kind of skill nagkaroon ako ng purpose.”

Realizing the power that he was acquiring, he wanted to follow the steps of Batman who also did not have superpowers but chose to keep people safe.

Kicked out of campus

He brought this ability in college, but that was where the conflict started: He was kicked out of school because of illegal hacking on campus.

Lingad was a second-year student of Computer Engineering in Mapua University when he formed an underground hacker organization in the campus – Cryptors, which aimed to raise cybersecurity awareness among the students.

The organization was believed to be an “urban legend” as the members remained anonymous.

When Lingad and his team was successful in retrieving the site, he revealed his identity as the founder of the organization.

His success quickly turned into a pit of despair when student organizations filed a case of illegal hacking against him, among others, and he was eventually kicked out of the university.

Writing e-books to finance his firm

Unencumbered by this setback, he taught himself business strategies by reading books on entrepreneurship and attending seminars and events in the hopes of turning his passion into business.

He gained his capital to establish his business by writing an e-book providing lessons on ethical hacking and also detailing his success against professionals and doctorate holders at a national hacking competition which he single-handedly conquered.

The sales of his e-book, titled “Cyber Defender: The Power of Hacking,” reached up to P100,000, which then enabled him to start his business in 2015.

“Isa sa mga goal namin is to raise cybersecurity awareness to all of our people so by doing that, we raised cybersecurity in the Philippines kasi maraming hindi nakaka-afford ng trainings,” Lingad said.

Aside from his book, Lingad spread his advocacy by conducting forums and seminars about cybersecurity in schools and even government institutions.

Putting up his business was not without several challenges.

For on thing, he was a college dropout. And for another, he was too young. But Lingad hurdled these obstacles by doing his work excellently, which silenced all doubters.

Lingad’s company officially launched its first product in 2017, claiming to be a first on its kind in Southeast Asia, which is a “bug bounty platform” wherein ethical hackers are crowdsourced to infiltrate a company’s website to find security weaknesses and recommend solutions.

Cryptors’ initial 300 ethical hackers grew to a thousand hackers willing to offer their services to further intensify the cybersecurity of not just companies but of the country as well. The platform is still operating as of writing time.

This year, Cryptors launched their second product, another first of its kind in Asia, which is a mobile app that serves as a weapon to protect users from mobile hackers.

The app, Hackuna Anti-hack app, garnered over 10,000 downloads in its first month which is a big feat in start-up apps in the Philippines. Most of its users were from the United States of America, Philippines and India.

Lingad foresees that the app will have from 50,000 to 100,000 downloads by the end of the year as they will launch the iOS version of the app this month.

Another challenge that Lingad’s company faced is the misconception of hackers as “criminals” which makes people hesitant in harnessing the services of hackers for their security.

Through his business as well as his seminars and book, the 21-year-old was able to further his cybersecurity advocacy by providing people protection from the bad elements in the cyberworld and spreading awareness about ethical hacking.

Though already considered successful in business, Lingad is continuing his studies and expects to finish college by next year. He is now taking up Information Technology at Technological Institute of the Philippines.

At the start, his family was not supportive of the career track he took. But since he had become a big name in the cybersecurity industry and also the breadwinner of his family, his parents learned to accept his decisions.

“They wanted a traditional path for me, which was to finish college with high grades and flying honors and get a high-paying job or go abroad and work until I find a wife and then retire at age of 60,” Lingad said. “They’re not really supportive that time kasi nagagalit sila on my decisions pero pinaunawa ko naman sa kanila nang maayos na ito yung gusto ko talagang gawin.”

Even though his parents were not supportive, Lingad continued to pursue his passion and continued on the path where it led him.

“My advice for the young people is for them to pursue their passion, whatever it is, no matter what,” he said. “Wag nilang hayaan na yung sistema yung magdikta ng kung anong dapat nilang gawin. Kung passionate ka on something, some people may invite you and may pay you once makita nila na magaling ka so focus on pursuing your passion and becoming the best in your passion.” /atm