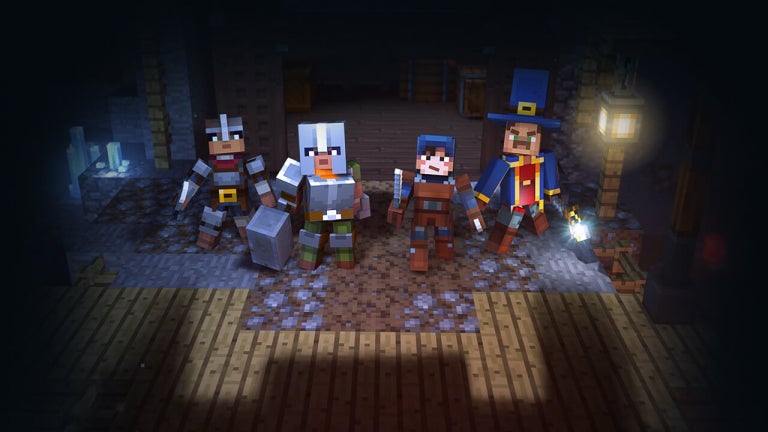 While “Minecraft” itself is unlikely to get a sequel, rather a near-endless amount of major and minor updates, the team at its Mojang studio has been looking at ways to expand on the creative, co-operative construction game.

“Minecraft: Dungeons” is the first of those to come from within the “Minecraft” studio, two-season episodic point and click adventure “Minecraft: Story Mode” debuted in 2015, and is one of “multiple new projects” with “brand new stories and new game genres” in the same recognizable blocky “Minecraft” style, per the Sept. 30 presentation during MineCon Earth 2018.

It’s an action adventure for up to four players, building out the combat from the original “Minecraft” and adding a whole host of new monsters to fight, new environments to explore, and treasure and new equipment to find.

By pushing off into the action-RPG genre, it is immediately comparable to franchises like “Destiny” or “Borderlands”, with the underground exploration system particularly well associated with “Diablo” or “Torchlight”.

Even in competition with these genre titans, “Minecraft” enjoys the status of being one of the world’s bestselling titles in video gaming history; its family-friendly positioning also helps it stand out from such influences.

Announced for Windows PC, “Minecraft: Dungeons” is expected to surface in 2019. JB