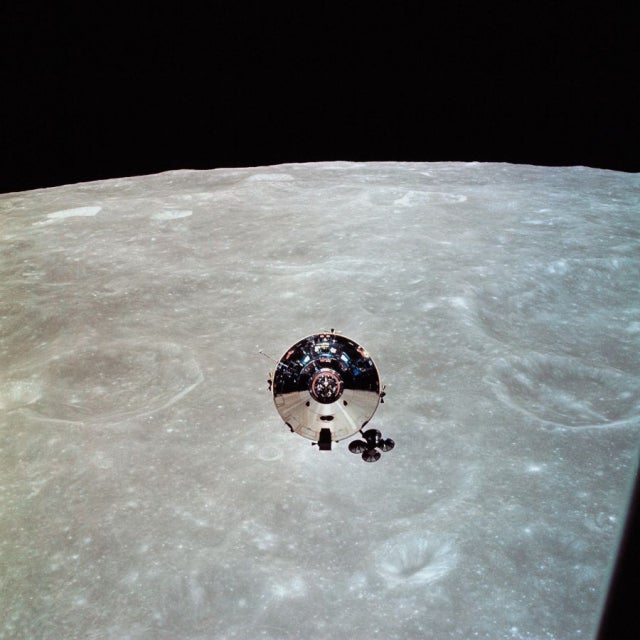 US aerospace giant Lockheed Martin, responding to NASA’s plans to renew the exploration of the moon and Mars in the next decade, unveiled Wednesday a concept spacecraft able to land on the lunar surface. Image: AFP PHOTO / NASA

U.S. aerospace giant Lockheed Martin, responding to NASA’s plans to renew the exploration of the moon and Mars in the next decade, unveiled Wednesday a concept spacecraft able to land on the lunar surface.

The U.S. space agency said it plans to send astronauts to the moon for the first time since 1972 as the initial stage for a future trip to Mars — part of an official US policy set by President Donald Trump.

To achieve this goal, NASA has called on aerospace industry producers to present plans to build a space station that orbits around the moon, dubbed the “Lunar Gateway,” as well as spacecraft that land on the moon.

The orbiting station is supposed to be assembled, with the help of other countries, in the 2020s and be able to accommodate four people by 2026, according to a NASA calendar presented in August.

Lockheed Martin’s concept lunar landing craft, designed to shuttle between the moon’s surface and the orbiting “Lunar Gateway,” was unveiled at the World Astronautical Congress in Bremen, Germany.

The craft can accommodate four people, carry one metric ton of equipment, and stay on the moon for up to two weeks without refueling before returning to the orbiting the station.

At a glance, the four-legged craft looks like a taller version of the one used by the first US astronauts to walk on the moon in 1969.

Ahead of this however NASA wants to send astronauts in 2023 on an eight-day trip around the Moon aboard the Orion, a Lockheed Martin spaceship. That craft will be sent into space aboard NASA’s Space Launch System (SLS), still under development and designed to be the most powerful rocket ever built.

Separately, the privately-owned SpaceX is also aiming to launch its first tourist trip around the moon in 2023 aboard its own Big Falcon Rocket (BFR). Japanese billionaire Yusaku Maezawa will be the first passenger, and he promised to invite six to eight artists to accompany him. NVG