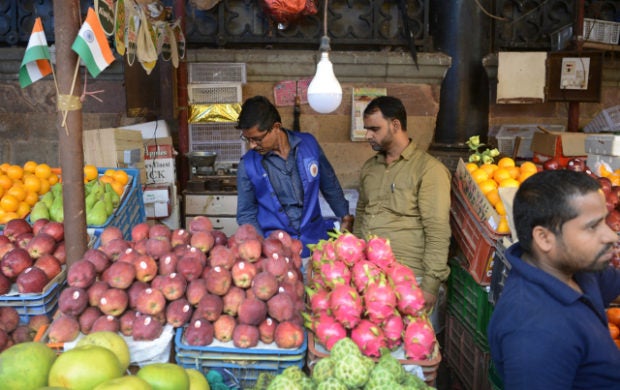 It doesn’t take Mahindra Wayangankar long to find one: a dry fruits seller, wrapping his wares in plastic, is hit with a hefty 5,000-rupee ($69) fine.

Wayangankar, 50, is one of 311 officials dubbed the “blue squad” and tasked with enforcing a recent ban on single-use plastics in India’s commercial capital.

“The job is very stressful. When we fine traders and shopkeepers there is some form of resistance or violence in 99 percent of cases,” he tells AFP.

“It is difficult to work in such situations. Since the amount is huge, people don’t pay up easily.

“(But) we are happy doing this job because it helps society and protects the environment. Our goal is not just to raise revenue but create awareness too,” he adds.

Mumbai, a bustling coastal city of 20 million people, has long been awash with vast mountains of plastic rubbish, like many urban centers in India.

Plastic is regularly blamed for blocking drains and contributing to flooding during the city’s four-month-long summer monsoon.

Earlier this year, authorities decided something had to be done and introduced a ban across Maharashtra state, of which Mumbai is the capital.

The rules, which came into force at the end of June, prohibit the use of disposable plastic items such as bags, cutlery, cups and bottles under a certain size.

Businesses and residents face fines of between 5,000 rupees for a first-time offence to 25,000 rupees or even three months in jail for repeat offending.

Officials say citizens are already seeing the benefits of the ban.

Nidhi Choudhari, a deputy municipal commissioner in charge of enforcing it, told AFP that 11.6 million rupees ($159,326) in fines had been collected and over 21 tonnes of plastic seized.

A walk through Crawford Market and visits to grocery stores and food stalls suggest many traders have switched to cloth bags and paper straws.

But others continue to violate the ban and large piles of plastic items can still be seen on the city’s beaches and streets.

Retailers associations complain that confusion over what is and isn’t permitted has led some shopkeepers to be unfairly fined.

Traders also say that a lack of cheap alternatives has hurt their businesses, threatening livelihoods.

“I’ve lost most of my client base,” he told AFP.

The United Nations has warned that the world could have 12 billion tonnes of plastic trash by the middle of the century if use is maintained at current levels.

But while the majority of India’s 29 states have a full or partial ban on single-use plastics, the law is rarely enforced.

Members of the blue squad say they are too small in number to rid Mumbai of all its plastic, but are determined to do what they can.

A surprise inspection of a popular Hindu temple last week, which resulted in several fines, highlighted that nowhere is off limits.

“We will up the secret raids,” Sangita R. Hasnale, an assistant commissioner at the Municipal Corporation of Greater Mumbai, told AFP.

“Within one year I think you will be able to give us a 90 percent pass rate.” CC