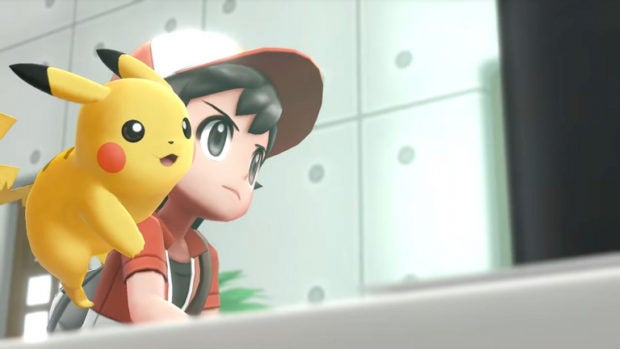 A new look at the Switch’s first paired Pokémon release, “Pokémon: Let’s Go,” shows some of the creatures, environments, and mentors that players can expect to encounter when they set out on a tour of the fictional Kanto region.

Yet in amongst the broad strokes of a minute-and-a-half reel, there are small glimpses of some franchise innovations, with custom skin and hair color seen on the game’s lead characters in the trailer’s opening moments.

The energetic introduction shows how the game’s soft look and bright colors combine. It also shows the more on the smaller, cuter style given to its human characters.

After the success of iOS and Android hit “Pokémon Go,” “Pokémon: Let’s Go” on the Nintendo Switch is integrating some aspects of the mobile game, including movement-based Pokémon capture, plus the transferability of certain items from “Pokémon Go” to “Pokémon: Let’s Go.” That should ease the process of moving onto a console game for relative newcomers to the franchise.

At the same time, there’s the promise of a more conventional title in 2019, one which will mark the beginning of an eighth generation of Pokémon.

The November 16 launch of the two “Pokémon: Let’s Go” games is sandwiched between several important Nintendo titles towards the end of the year, with multiplayer mini-game fest “Super Mario Party” having launched on Oct. 5, and “Super Smash Bros. Ultimate” due on Dec. 7. KM