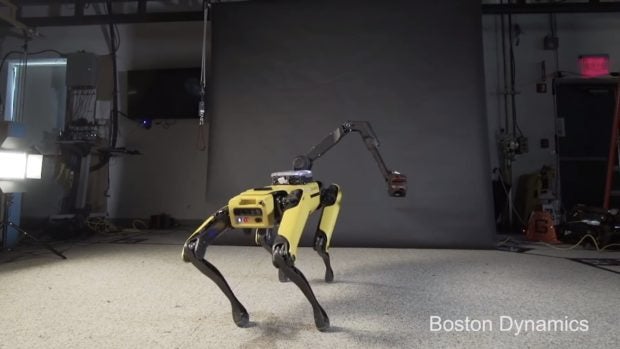 Boston Dynamics’ robot dog SpotMini showed off how well it can shake its booty to the tune of Bruno Mars’ “UpTown Funk.”

The robot research company’s latest feature, a video clip, for its SpotMini four-legged robot showed off just how mobile the dog-like robot could be. While previous videos were more focused on the technical aspects, SpotMini’s little dance routine showed that robots like itself can still do fun things.

The clip, uploaded on Oct. 16, has since been viewed 3.8 million times.

Meanwhile, SpotMini’s humanoid counterpart, Atlas, recently learned how to do Parkour moves on top of being able to do backflips.

Boston Dynamics has been developing these two robots extensively for the past several years and have changed a lot since the company began uploading videos of their prototypes. SpotMini, in particular, is being aimed for future use in confined spaces like homes and offices.  /ra