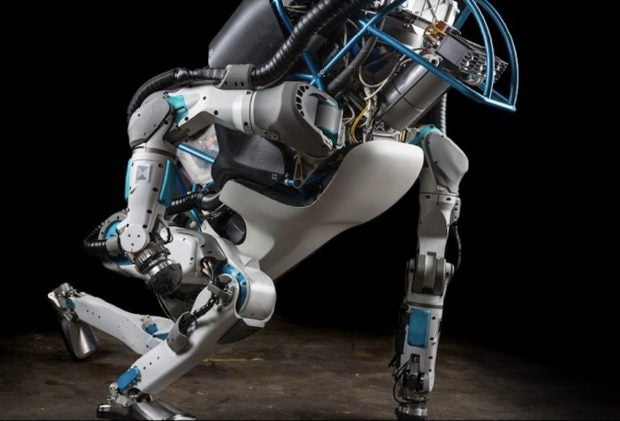 The last time Atlas was featured in a video, the robot surprised viewers when it performed backflips as easily as it walked back on Nov. 16. Most humans can barely do a cartwheel, let alone a backflip. Yet Atlas did so, maybe not with the grace of a gymnast, but at least with the same level of skill.

Less than a year later, Massachusetts-based Boston Dynamics upped the bar even more by having Atlas jump over obstacles and skip from one ascending block to another in a manner that mimicked parkour movements. It could have easily backflipped down after reaching the top platform to add more flair, but perhaps Boston Dynamics didn’t want to scare the human race too much just yet.

The Oct. 11 video’s description noted that Atlas’ control software enabled the robot to use its whole body to create the needed power and momentum for jumping from one place to another. Atlas also used computer vision technology to tell exactly where it is in space and plan where to land when it jumps.

Another reason why Atlas is able to perform such acrobatic feats is its lightweight 3D printed parts. Thanks to this reduced weight, Atlas is able to keep its balance better than its bigger and bulkier predecessors. Atlas weighs 75 kilograms and stands 1.5 meters tall.

Robot helpers like those in the movie “I, Robot” may still be a long way off, but Boston Dynamics’ rapid progress with Atlas, combined with other robot research around the world, suggests that the question of “if we get there” may no longer be applicable. Perhaps it’s really just a matter of time.  /ra