If you whisper, so will Alexa 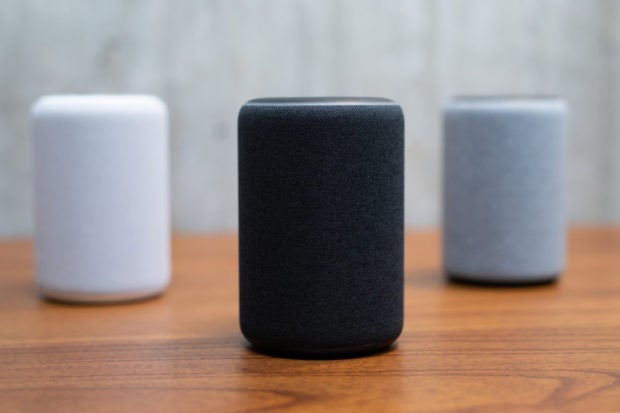 As announced at the September hardware event, Alexa is gaining the ability to whisper, and Amazon has just confirmed to Engadget that the feature is already available to United States users.

When you have just spent hours trying to get your baby to fall asleep and finally manage it, the last thing you need is Alexa telling you what the weather is going to be like tomorrow at full volume. If you asked a person that in hushed tones, they would respond in a whisper, “you’ll need a sweater.” And that’s the idea of Alexa’s new “whisper mode,” revealed in September.

If someone whispers something to you, your natural response to the social cue would be to speak softly in return. Amazon brought this human-like instinctive behavior to Echo devices Thursday, Oct. 18. And of course users are already expressing mixed feelings about the feature:

Basically, all you have to do to activate the setting is to say, “Alexa, turn on Whisper Mode” and — voila — the assistant is contextually conscious. If the ambiance would be damaged by this normal-pitch command, you can enable it through settings in Alexa’s app instead.

Right now, Alexa’s “indoor voice” is only available in English. In the standard speech mode, she knows English, German, French, and Japanese which is about ten languages less than Google Assistant, about 20 languages less than Apple’s Siri, and four less than Microsoft’s Cortana. On the bright side, the language support is expected to expand by the end of this year with Italian and Spanish. Maybe, we will get more languages in hushed tones, as well.

Nevertheless, Alexa is the first voice assistant is the first to be able to whisper, but Apple may not be far behind. In fact, the company patented “Digital Assistant Providing Whispered Speech” back in 2016 but has made no public announcement about it since.

This is a major innovation in voice assistants’ ability to respond to social cues and modify typical functioning to adapt to a situation. Now you can set up an alarm without waking your partner, maybe tomorrow she will be able to yell in the crowd with you at your daughter’s softball game. KM