Is Samsung planning a truly notch-less and bezel-less future? 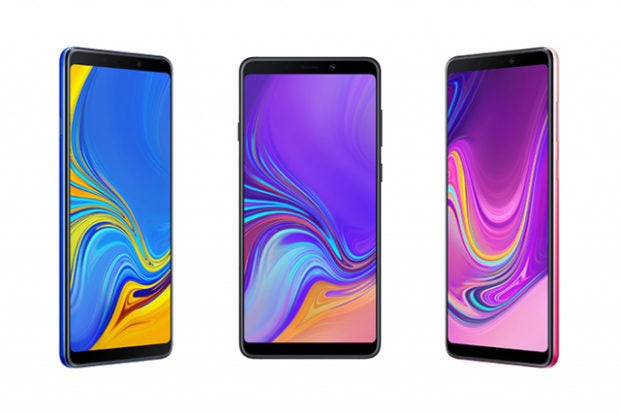 Samsung has been committed to avoiding the notch, and now they’re tackling the bezels. Image: Samsung via AFP Relaxnews

Notable tech-leaker Ice Universe managed to get a look at what is revealed at the highly exclusive 2018 Samsung OLED Forum on Friday and shared all the under-display mobile tech that’s on its way in 2019.

Samsung has a reputation for mocking smartphone notches (such as that on the Pixel 3), but honestly, who can blame them? Sure, notches have a practical purpose like housing camera lenses, speakers, and a variety of sensors, nevertheless, they have a reputation for being so unaesthetic that some Pixel 3 users have been digging into their phones’ user settings to hide the notch completely by implementing a screen-wide black bar.

And it looks like Samsung wants to avoid the notch and a black bar after what Ice Universe revealed was on show at the incredibly private 2018 Samsung OLED Forum at the Shenzhen Marriott Hotel in China with about 20 business partners present, according to Forbes.

Great news! Samsung established the direction of mobile phone design in 2019!
On October 18th, Samsung Display invited about 20 customers to hold the "2018 Samsung OLED Forum" at the Shenzhen Marriott Hotel in China. At the meeting, Samsung showed a PPT pic.twitter.com/sYu0ORTd6V

Since the FoD and SoD tech already exist on the market and HoD tech isn’t exactly novel, the key innovation here is that UPS tech. That right there is what will bring us a notchless AND bezel-less screen that is, basically, the display of our dreams that has been just out of reach of today’s tech.

Needless to say, this would be a breakthrough for the smartphone market. There’s no word yet on the public release of such an innovation or the launch of the long-awaited folding Galaxy F. Perhaps, both will be arriving soon, maybe even together. Is this the end of smartphone displays as we know it? As Samsung said themselves. CC

Time to botch the notch.

Samsung’s foldable smartphone will double as a tablet