Samsung’s foldable smartphone will double as a tablet 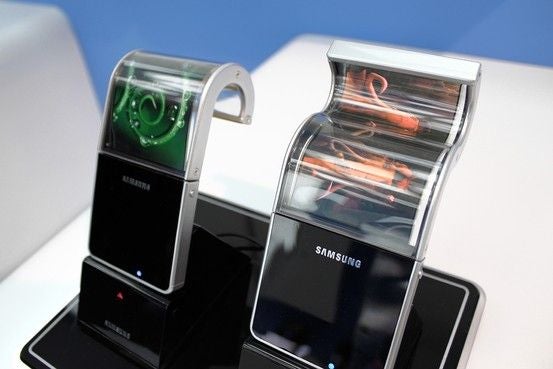 In an interview with CNET, the CEO of Samsung’s mobile business, D. J. Koh, promised that the upcoming foldable smartphone devices wouldn’t be a gimmick. In fact, he claims that the Galaxy F will be of utmost practicality with the ability to be used as a tablet and then folded into a phone.

Since 2013, Samsung has been working on a smartphone with a folding display. The device shown at CES 2013 by Brian Berkeley, senior vice president of the company’s display lab, was a super slim OLED display, called Youm, that was merely bending, not folding. Still, it was a groundbreaking concept. Since then, Koh underlined the amazing evolution that innovation has undergone: the phone they hope to launch soon, maybe called the Galaxy F, will unfold into a tablet.

The upgrade to a folding design is a feat that’s rounding on five years of development, enough time for competitors to pop up threatening to release their own folding or bending designs. LG and Huawei are on Samsung’s heels, Lenovo has been demonstrating its bendable smartphone concept for years, and even Apple filed a patent two years ago for “Electronic Devices With Flexible Displays.”

It’s been no secret that Samsung desperately wants to provide the cardinal foldable-display smartphone, but Koh assured CNET that, “if the user experience is not up to my standard, I don’t want to deliver those kinds of products.” Thus, the company is in a controlled rush state as they hint at the possibility of the phone being launched next month at the Samsung Developer Conference on Nov. 7 to 8. Meanwhile, Huawei is certainly holding fire to Samsung’s feet with its own impending folding phone launch.

The release of such a phone will be a monumental step for the smartphone industry, so it’s no wonder the competition is neck and neck. JB