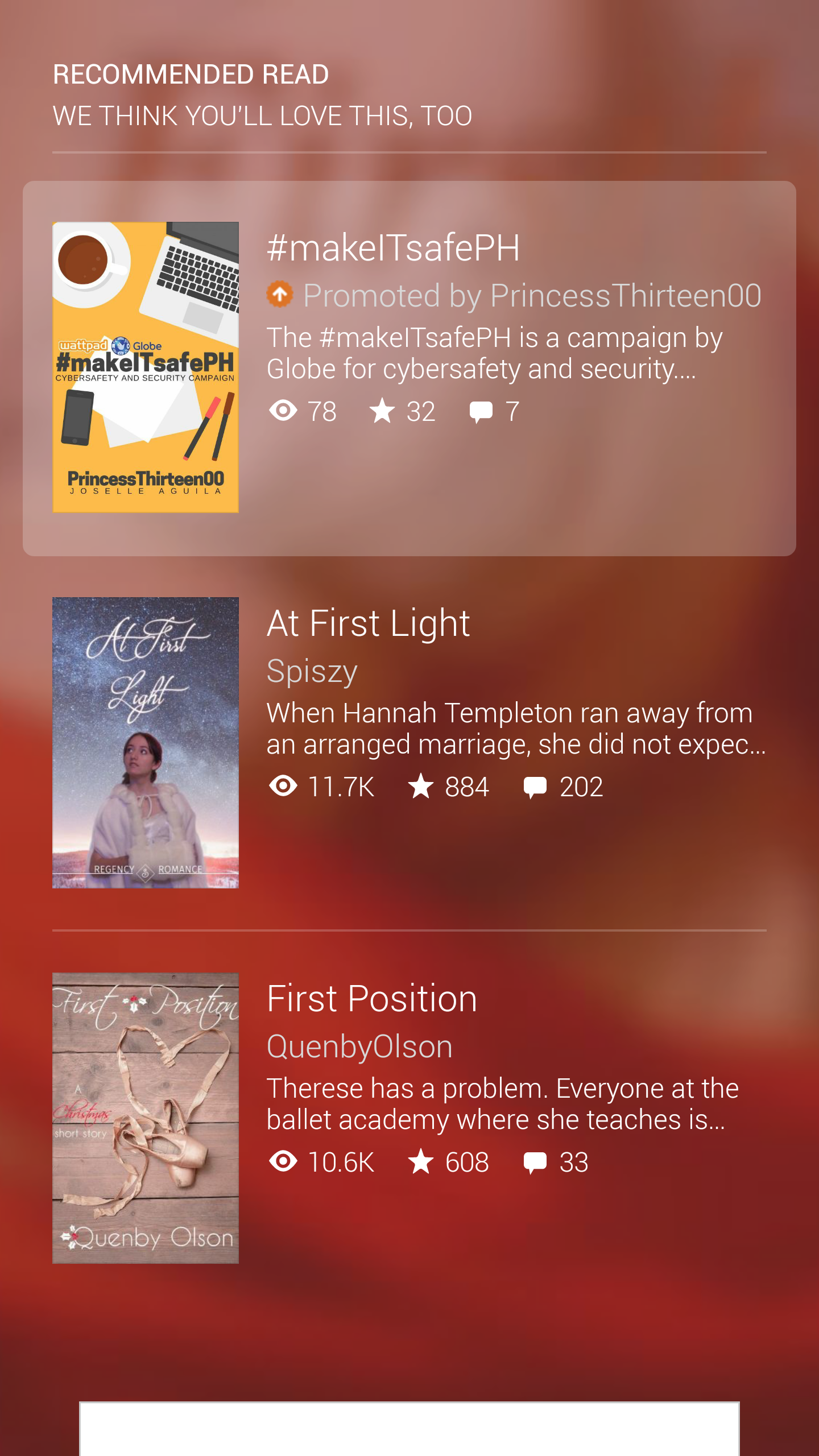 One of the promoted posts about cybersafety and security

Leading Philippine telecommunication company Globe Telecom and Wattpad, the global multiplatform entertainment company for original stories, have joined hands to promote proper online behavior and responsible internet usage among the youth to keep them safe from numerous threats present in the internet—from viruses and other malicious software to cyberbullying and sexual exploitation, to name a few.

Wattpad now reaches more than seven million people in the Philippines, with Millennial and GenZ users making up more than 80% of its audience.  As home to the right demographic for its #makeITsafePH cyberwellness campaign, Globe saw Wattpad as a promising platform to reach out to the sector that is most susceptible to negative aspects of the internet.

Wattpad has built a community and technology that taps into the people’s shared desire for stories and has seen continues growth in the Philippines, its second largest market. Filipinos  spend some 400 million minutes reading Wattpad stories each month while Filipino writers have shared more than 24 million story uploads on Wattpad.

“As we promote the benefits of digitalization, we also want to instill awareness among our customers especially the youth about new issues to understand and address.  These include unethical data mining, fake news, weaponizing social media, and unethical online behavior among others,” said Yoly Crisanto, Globe Senior Vice President for Corporate Communications.

“For millions of people in the Philippines and around the world, Wattpad is a home away from home, where they can express their true selves in a safe, supportive environment. From anti-bullying to body-positivity, we see Wattpadders come together every day to promote and share positive, inspiring messages. We’re thrilled to be part of the #makeITsafePH campaign and work with Globe Telecom to help support the safety of young people online,” said Chris Stefanyk, Head of Brand Partnerships, Wattpad.

The #makeITsafePH campaign takes off from earlier Globe efforts to promote online vigilance among the public and protect them from becoming victims of online hacking, identity theft and other cybercrimes.

Various studies show that a significant number of Filipino youth have fallen victim to online abuse or crime which caused emotional, mental, or physical harm.

For instance, the public-private-civic-academic coalition DQ Institute said last year that 73% of young Filipinos were exposed to at least one cyber risk specifically cyber bullying, online sexual behavior, and meeting with cyber friends, among others.

This collaborates a report from the Department of Justice that many teenagers and younger children are exploited by the growing cybersex trafficking trade with at least 3,000 reports being received by the Philippines per month from other countries.

Likewise, a 2015 survey by child-care nonprofit organization Stairway Foundation Inc. said that 80% of teenagers aged 13-16 in the country have experienced social media cyberbullying such as photo editing, humiliation, threats, exposure of secret conversations, and impersonation among other things.

Other cybercrimes that have to be addressed according to the Philippine National Police report in 2016 are online scams, online libel, identity theft, and violations of the anti-photo and video voyeurism act.

Cybersecurity company Kaspersky Lab also ranked the Philippines 9th in the world in terms of volume of online attacks during the second quarter of the year with 10.6 million malware infections to take control of computers and capture private information.  Over 34.6% of these attacks were targeted against home users.