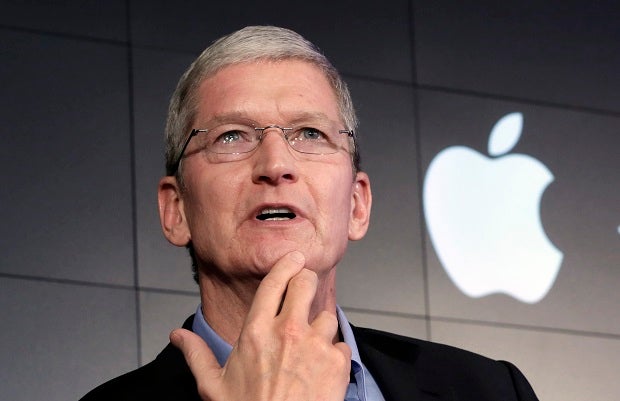 “We at Apple are in full support of a comprehensive federal privacy law in the United States,” Cook told a conference in Brussels.

Gossip, he said, had become a lucrative trade for the Internet giants.

“Today that trade has exploded into a data industrial complex. Our own information, from the everyday to the deeply personal, is being weaponized against us with military efficiency,” Cook said.

“We shouldn’t sugarcoat the consequences. This is surveillance,” Cook said. “And these stockpiles of personal data serve only to enrich the companies that collect them.”

Unlike internet giants Facebook and Google, Apple’s business model does not rely on the collection and commercial use of its users’ personal data.

Cook said a US privacy law should allow for personal data to be minimized and force companies to de-identify customer data or not collect this information in the first place.

Users should also have the right to know what data are being collected and what for, and get to decide what collection is legitimate, and which is not.

“Anything less is a sham,” Cook said.

“We should celebrate the transformative work of the European institutions tasked with the successful implementation of the GDPR,” he said.

“It is time for the rest of the world — including my home country — to follow your lead,” Cook said.

The European Commission welcomed Cook’s remarks, saying they indicated that the EU was on the right track in terms of data protection.

“If companies like Apple commit to taking data protection issues seriously and discovered this is something that also the consumer wants, then I think that this confirms once more that Europe got it right with the GDPR,” Commission spokesman Margaritis Schinas told reporters. /kga