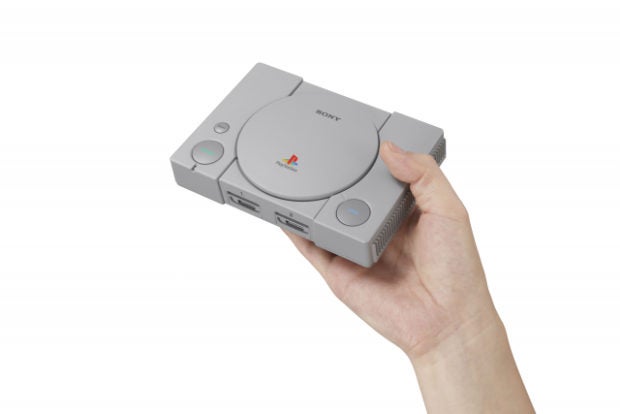 Sony plans to introduce the PlayStation Classic at US$99 (about P5,300). Image: Courtesy of Sony Interactive Entertainment / AFP

The North American and European editions of the PlayStation Classic as well as the Japanese version of the miniaturized retro console have 12 titles in common.

The PlayStation Classic arrives two years after Nintendo’s NES Classic Edition and a year on from the SNES Classic, both of which were in high demand. After the NES Classic was temporarily withdrawn in 2017, the 2018 holiday season will be the first where both Nintendo Classics are available. AB