‘Diablo’ gets mobile version at Blizzcon 2018; ‘Destiny 2’ free for a fortnight 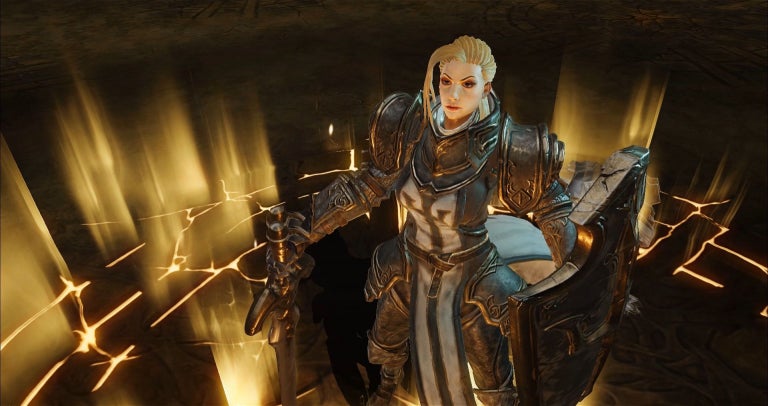 A new iteration of “Diablo”, the legendary action-role playing game franchise had been highly anticipated, though its mobile format was something of a surprise for a community used to playing on computers and, through 2013’s “Diablo III” on console.

Chinese internet firm Netease, already a domestic partner for several other Blizzard titles, has been involved in the development of “Diablo Immortal”, which promises a faithful continuation of the “Diablo” formula.

Previous games have had players descend, level by level, into an underworld crammed with all manner of monsters, treasures and equipment, ending with a powerful evil demon that must be slain.

“Diablo 3” embraced a portable format through a Nov. 2 release for Nintendo Switch and “Diablo Immortal” will continue down the same path.

However, depite the mobile format, players will need to have an online connection due to a massively multiplayer element present in the new title.

A release date for the iOS and Android game is yet to be announced.

Additional Blizzcon 2018 announcements included “Warcraft III: Reforged”, a 2019 remake of the 2002 strategy classic that became a “Dota 2” and “League of Legends” precursor; Ashe, a new character for team action game “Overwatch”, as well as a Kellogg’s cereal tie-in called Luci-oh’s for December; and an expansion called “Rastakhan’s Rumble” for digital card game “Hearthstone” on Dec. 4.

TOPICS: BlizzCon 2018, Diablo, Diablo 3, Diablo Immortal, Dota 2
Read Next
Facebook blocks 115 accounts on eve of US election
EDITORS' PICK
LIST: What to expect in areas under GCQ, MGCQ
PNP to maintain checkpoints during GCQ to ensure compliance to health protocols
Notice of 2020 regular meeting of stockholders June 18, 2020
DOTr bares 2 phases of public transport revival in GCQ areas
SM prepares for ‘safe malling’
Leveling up your ‘lutong bahay’ with the kitchen companion you never knew you needed
MOST READ
LIST: What to expect in areas under GCQ, MGCQ
DOH explains: Only 109 of record-high 539 COVID-19 patients were ‘fresh cases’
Duterte approves Metro Manila’s shift to GCQ starting June 1
300 buses to resume operations in NCR by June 1 — Año
Don't miss out on the latest news and information.