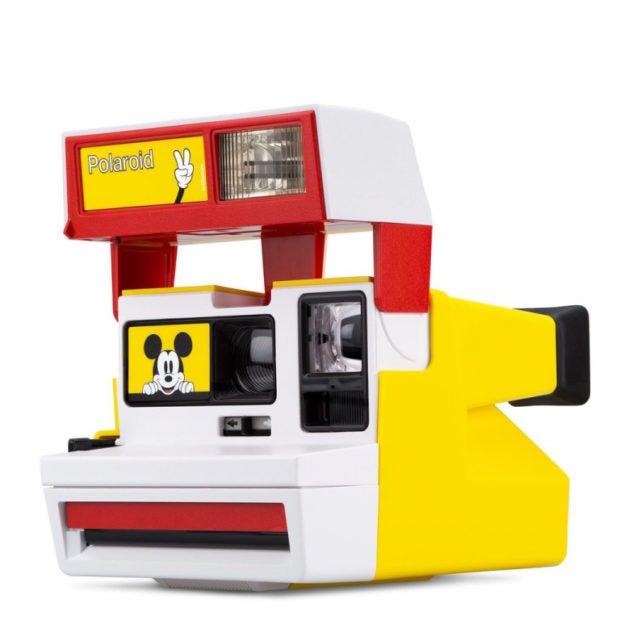 This month sees Mickey Mouse turn 90. It was, in fact, on November 18, 1928, that the character first appeared in Walt Disney’s “Steamboat Willie” carton.

Polaroid is celebrating the milestone with a special edition of its 600-model vintage instant camera featuring the Disney mascot. Mickey’s 90th anniversary sees the legendary Polaroid 600 vintage instant camera land in a new limited-edition version finished in the colors of the famous mouse (white, yellow and red).

Mickey Mouse even makes an appearance on this retro-styled model, featuring on the front of the camera and next to the flash. This anniversary edition is due on sale soon priced $199.99 (about P10,600).

Polaroid is accompanying the release with a special edition 600 color film to use with the camera. Each pack includes eight instant photo sheets framed with Mickey-Mouse-themed backgrounds (close-ups of his face, feet, hands, etc.).

There are 12 different frame designs to collect, bringing a unique twist to users’ snaps. Packs of eight-photo Mickey Mouse anniversary-edition color film for the 600-model vintage instant camera are out now priced $19.99 (around P1,000). KM