Ants tell you about the environment 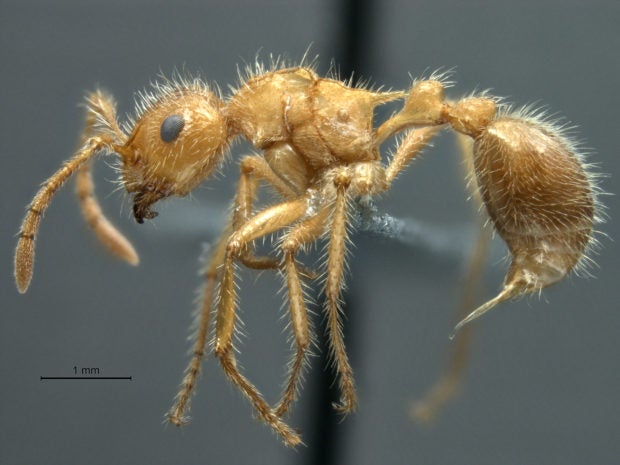 Why are ants the epitome of industriousness and predictors of the ‘rainy season’?

Ants are interesting because they have a social behavior like humans, according to Perry Archival C. Buenavente, a myrmecologist and a museum researcher at the National Museum of Natural History in Manila.

Myrmecology is a branch of entymology that studies ants.

“A colony of ants will assign tasks to its members to care for the young, ensure that food is available for everyone in the colony, some to clean the colony from dirt, and some as guardians which defend the colony from other ant colonies,” Buenavente explained.

With only five myrmecologists in the Philippines, it is no wonder that ant is one of the least understood species.

Although Philippine ants have been studied since the late 1800s, it was only in 2012 that a systematic review of Philippine ants was published at NCBI (National Center for Biotechnology Information) authored by David General of Palawan State University and Gary Alpert of Harvard University.

With its geographical location and rich biodiversity, the Philippines has over 400 ant species and subspecies. In an unpublished data, there are already 24 introduced species. Many might be left unidentified due to the rapid degradation of the forests.

The first ant collection was done by Dr. James W. Chapman, a missionary teacher at Silliman University in Dumaguete, in 1910. Chapman collected ants from the Cuernos de Negros Mountains, Northern Luzon, and Mindanao. The collection is deposited in the Museum of Comparative Zoology (MCZ) at Harvard University.

Ant colonies are also used as indicators of stress in the environment, but we generally categorize them as pests, discounting its ecological contributions. Species like Tetramorium lanuginosum thrive in highly disturbed environments or agricultural areas. 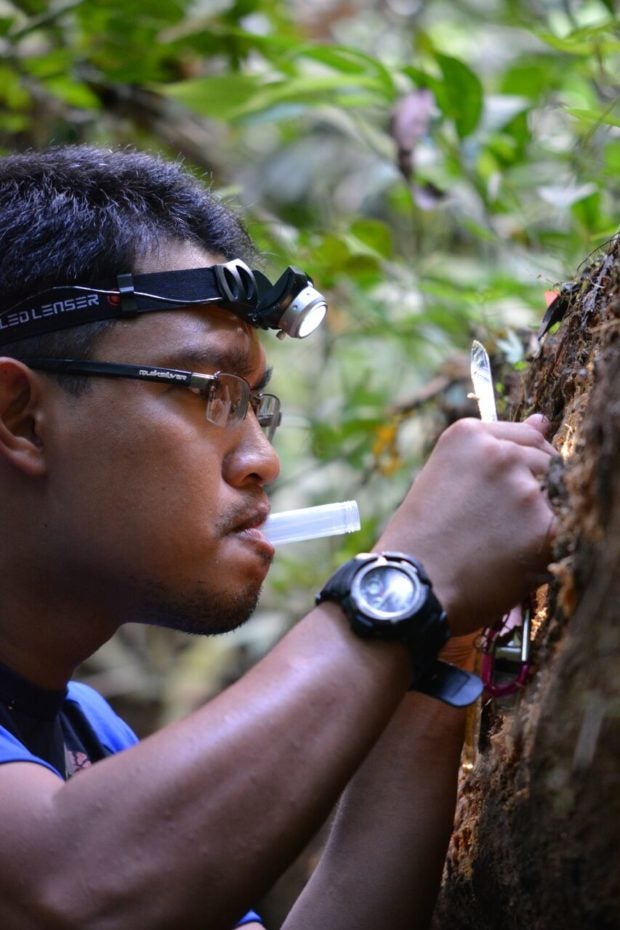 We may only know ants as ‘langgam na pula’ or ‘itim’ which attack our leftover food, sugar jars, and sweets. These are introduced as invasive species known as Anoplolepis gracillipes, Solenopsis geminata, and Camponotus species.

Buenavente mentioned that ants can become pests if they start to invade households and destroy resources. It is also an indication of the loss of natural predators and the change in climate that made them propagate or become threatened.

“Ants are also used as pets by some hobbyists. If these are set free, they can become pests,” Buenavente said.

Growing up in a small town in Buhi, Camarines Sur, Buenavente’s interest in ecology started early. Thanks to his grandfather who shared with him the beauty of nature. He studied Environmental Management at the Ateneo de Naga University.

In college, he became a field assistant involved in collecting specimens in Mount Isarog. It also became his first ant biodiversity collecting expedition led by his mentor, David General. The result of the survey was published as “A synoptic review of the ant genera (Hymenoptera, Formicidae) of the Philippines in 2012.” 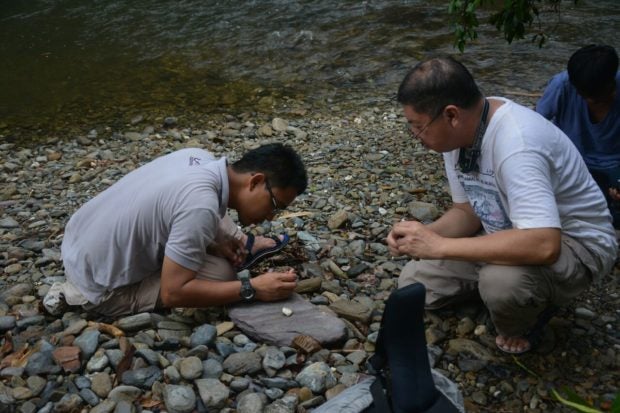 Perry Buenavente and David General during a field work.

“We collected dirt from the forest floor and sifted it for any crawling creatures. We also deployed traps, which basically consisted of a plastic cup buried in the ground to trap ants,” Buenavente said.

Collecting ants may be a child’s play but the real work is in the laboratory. Oftentimes, it takes years before a species can be identified. Upon identification, the species will be assigned with a scientific name and presented into the scientific community. Naming an organism is chosen by the describer. It can be the name of the collector, the locality where it was found, or its unique characteristics.

“Naming an organism can be very difficult especially if resources are not readily available. In the case for ants, when a scientist discovers that it is unique, meaning that they cannot determine its name amongst many identified species, the specimen must be compared to its congeners to delineate its uniqueness and present them to the world,” said Buenavente.

Myrmecology is still in its infancy. Buenavente has started a collection of ant species for reference of the least known and recognized organism in the Philippines. However, the rapid destruction of the forests worries scientists like Buenavente.

“There is so much more that we can learn from our environment, many more organisms we share the planet with which we haven’t met or discovered. Imagine being alive and eradicated without even being known to have existed.”

“Our country needs every citizen to raise our conservation for whatever little and diminishing patches of natural habitats exist. It is scary to think that future generations such as the children we are bringing up into the world can only relate of the natural wonders we enjoyed through the convenience of an LCD screen,” Buenavente ended.

Next time you see ants lining up for food, observe them. Ask yourself why they ended up in your food stash. /ee