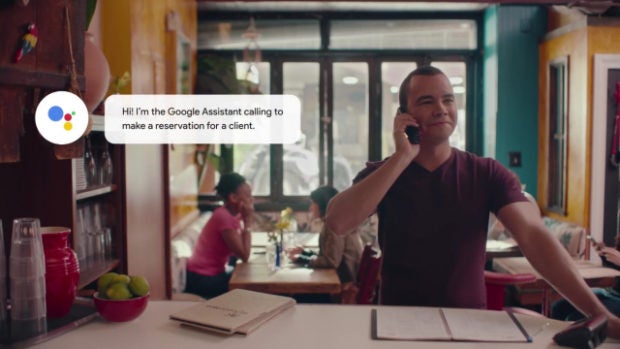 Since May, users have been awaiting the Google Duplex AI in the hopes that they’ll never have to make a dentist appointment themselves again. On Wednesday, the company confirmed to VentureBeat that Duplex is finally arriving for public use, but only for a handful of Pixel users.

As Google already outlined over the past couple months, the Duplex AI is being created to take and make phone calls on behalf of its users. In May at the Google I/O developer conference, we saw a demo of the tech in action scheduling a hair appointment with a hairdresser and booking a table with a host, neither of whom appeared to realize that they were speaking with an inhuman machine.

However, the version of the AI that rolled out to a small group of Pixel users is not this advanced. A Google spokesperson told VentureBeat that the only reservations Duplex can make for now are those for restaurants and that conditioning the tech with information about what you want may take longer than making the phone call yourself.

Since our smartphones can’t read our minds yet, Duplex has to ask a long series of questions about the reservation like what time, how many people will be there, how far from the decided time is still acceptable, etc., to make an acceptable booking. In the end, you may as well have just booked the restaurant yourself.

However, this implementation is still a massive first step for this type of conversational technology. Despite not every reservation attempt being successful, some are, which proves the potential of this type of humanoid tech in the real world. Slowly but surely, restaurant reservations will become a breeze for Duplex, then hair appointments, and then finally dentist appointments. For now, we await the feature rolling out to more users. AB