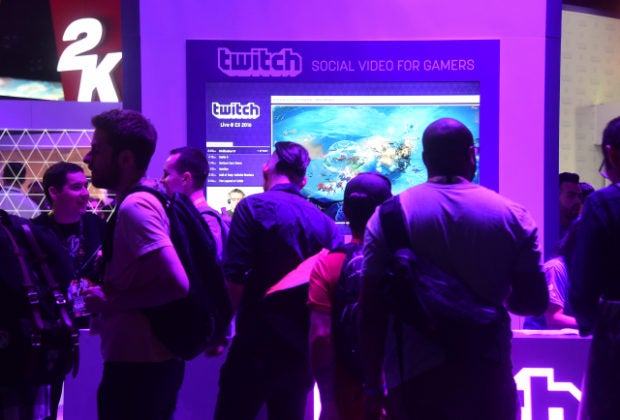 Seven years on from the rebranding of its original incarnation Justin.tv, video game live-streaming platform Twitch boasts more than a million people tuned in at any moment and interest is rising.

Today’s top “streamers” are celebrities who can earn fame and a healthy living from competitive video gaming — but co-founder Emmett Shear says his light bulb moment came back in 2010, four years before Amazon swooped to net Twitch for a cool $970 million.

“In 2010, I realized the content I loved, that I was watching on Justin.tv, was all gaming content,” says Shear.

“(I) loved the streamers, so I decided we would start focusing on just gaming, and there was a huge opportunity there,” Shear told AFP.

So Twitch came into being — the name alluding to a player’s action response time.

Twitch brands itself as a global community showcasing “unique, live, unpredictable experiences created by the interactions of millions,” the entertainment ranging from “casual gaming to world-class e-sports to anime marathons, music, and art streams.”

China blocking the platform last September was a bump in the road but the company was already going strong on 2017 revenues of $1.7 billion — 54 percent of a gaming content sector cake worth $3.2 billion, according to data from market intelligence agency SuperData.

SuperData says the platform of net giant Google held a mere 22 percent market share in 2017 as “despite having half the GVC (gaming video content) audience of YouTube, Twitch’s audience is more engaged and willing to spend on their favorite broadcasters.”

“Twitch has been conceived for video game spectators, unlike other platforms,” says Laurent Michaud, director of study for France’s IDATE digital think tank.

Today, some 670 million people watched at least one video game in 2017 — watching as streamers shoot at zombies, cast spells or construct their own imaginary universe.

“If you understand watching TV, maybe you like watching cooking, travel, talk show. It’s fun in all of those cases to watch people who are the best in the world at what they do…

“I don’t think watching video games is all that different from watching grown men kicking a ball around a field or someone cook a pie.”

Spectators can take part on the sidelines by sending up comments and emoticons as ‘play’ unfolds as well as make donations to favorite players.

Shear, who says Twitch wants to help highlight budding gaming talents, says the platform’s main revenue streams — advertising and subscriptions for ‘privileges’ such as VIP ‘badges’ and access to special emojis — enable gamers to make cash from their content.

Even so, the vast majority will not come close to “Fortnite” legend Tyler “Ninja” Blevins, who recently told sports multimedia group ESPN his gaming nets him a monthly revenue in seven figures and who boasts more than 12 million Twitch followers.

Whereas technical quality was the initial priority for Twitch, today it is offering visibility to ‘small streamers’ which is key in the hope they will eventually earn greater popularity and with it more revenue.

Regarding how to ‘make it’ in revenue terms “it’s very complicated to do it for the money — that only works for very few people,” says communications specialist and Twitch player Mylene Lourdel.

“Often it’s just a bit of extra cash to allow you to invest in material.”

But for Shear, “we really think it’s the most important thing to do, to help small streamers make it and go full time and maybe find a way to make a living.”

He says an ideal game “enables audience interactivity, when you have enough downtime in between matches or during a slow part in the match that you get a chance to interact with the audience — or even better if the game itself engages people to interact with you.”

Although big ticket events such as League of Legends or Fortnite dominate, those so inclined can follow fringe offerings such as cooking channels who may emulate South Korea’s Mukbang or broadcast “social eating” trend.

Beyond gaming, but chowing down online in front of virtual dining partners helps bring Twitch full circle in harking back to the early days of Justin.tv. CC

TOPICS: e-Sports, Justin.tv, streaming, Twitch, Video games
Read Next
Two iconic birds brought back from the brink of extinction
EDITORS' PICK
Current dominant strain of COVID-19 more infectious than original—study
Smart releases Hyun Bin’s second TVC
EuroMillions Superdraw: A lottery draw unlike any other is coming to the Philippines
‘Justice will be done,’ Duterte assures as he vowed probe on Jolo incident to bare ‘truth’
Water remains our saving grace right now
DOLE: Return of OFWs’ remains from Saudi to be ‘delayed,’ deadline moved to ‘early next week’
MOST READ
Locsin warns of ‘severest response’ if China’s army drills in SCS ‘spill over’ to PH domain
BREAKING: Duterte signs anti-terror bill into law
Duterte tells military: No other president looked at you the way I did
Vico: Cleanup of bidding process saved Pasig gov’t P415M
Don't miss out on the latest news and information.