Two iconic birds brought back from the brink of extinction

Two exceptionally rare birds have been saved from the brink of extinction, thanks to long-term conservation programs.

The International Union for Conservation of Nature’s (IUCN) Red List of Threatened Species has downlisted the risk profiles of both Northern Bald Ibis and Pink Pigeon.

Once down to just 59 pairs in the wild in 1998, the Northern Bald Ibis population is now recovering thanks to conservation action.

It has shown one of the most dramatic improvements, being downlisted to endangered from critically endangered.

Meanwhile, the Pink Pigeon’s populations are stabilizing after once having only 10 individuals in the wild in 1990.

This year, the species wild population of 400 individuals was deemed stable enough to downlist it to vulnerable from endangered.

Out of the 31 species downlisted this year, some birds have moved out of the threatened or near-threatened categories altogether and are now classified as being of “least concern.”

These include the red-headed woodpecker and Henslow’s sparrow, both native to North America. 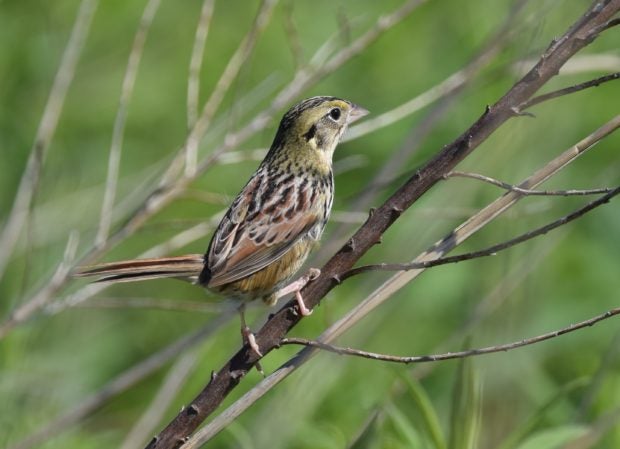 “This year’s list shows that given sufficient resources and political will, species can recover and habitats can be restored,” said Melanie Heath, Director of Science, Policy and Information, of BirdLife International in a press release.

“However, still more concerted effort is required to reverse the downward trends of our planet’s most threatened bird species,” Heath added. /cbb