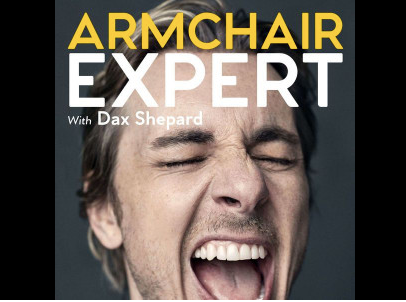 Apple has named 20 shows to its Best Podcasts of the Year rundown for 2018, with a handful more receiving honorable mentions.

Ranked among Apple Podcasts’ best are Marvel comics spin-off “Wolverine: The Long Night” and scripted comedy “Bubble”, the personal stories of “Armchair Expert” and “This American Life”, and a clutch of true crime investigations as well as true crime satire “A Very Fatal Murder”.

Several other podcasts were mentioned by Apple outside of the Best Podcasts lists: news and politics show “The Wilderness”, the celebrity-hosted “Oprah’s Master Class”, and the Parcast Network’s inquisitive “Conspiracy Theories” and “Unexplained Mysteries”.

For Apple Podcasts’ 20 Best Podcasts of the Year, complete with short descriptions, Apple Podcast categories, and links to iTunes pages and official websites, see below:

In The Dark – Season 2 (News & Politics)
Curtis Flowers “has been tried six times for the same crime. He’s won appeal after appeal, but every time, the prosecutor just tries the case again.”
iTunes | apmreports.org/in-the-dark

Caliphate (News & Politics)
“In the war on terror, who is it that we’re really fighting? ‘Caliphate’ follows Rukmini Callimachi, who covers terrorism for The New York Times, on her quest to understand ISIS.”
iTunes | art19.com/shows/caliphate

The Dream (Society & Culture)
“We trace the path of get-rich schemes from Jane’s roots in rural Michigan all the way to the White House.”
iTunes | art19.com/shows/the-dream

Everything is Alive (Society & Culture)
“An unscripted interview show in which all the subjects are inanimate objects”
iTunes | everythingisalive.com

Armchair Expert with Dax Shepard (Comedy)
“I explore other people’s stories. What qualifies me for such an endeavor? More than a decade of sobriety, a degree in Anthropology and four years of improv training.”
iTunes | armchairexpertpod.com

Bubble (Comedy)
“A small band of monster killers struggles to make ends meet and find love in a nightmarish version of the gig economy.”
iTunes | maximumfun.org/shows/bubble

Bundyville (News & Politics)
“The rise, fall and resurgence of the Bundy family, the armed uprisings they inspired and the fight over the future of the American West.”
iTunes | opb.org/news/article/bundyville-occupation-podcast

Serial – Season 3 (News & Politics)
“We followed [ordinary] cases outside the building, into neighborhoods, into people’s houses, and into prison.”
iTunes | serialpodcast.org/season-three

The Daily (News & Politics)
“The biggest stories of our time, told by the best journalists in the world …. Twenty minutes a day, five days a week.”
iTunes | nytimes.com/column/the-daily

This American Life (Personal Journals)
“Each week we choose a theme and put together different kinds of stories on that theme.”
iTunes | thisamericanlife.org

99% Invisible (Design)
“Design is everywhere in our lives, perhaps most importantly in the places where we’ve just stopped noticing.”
iTunes | 99percentinvisible.org