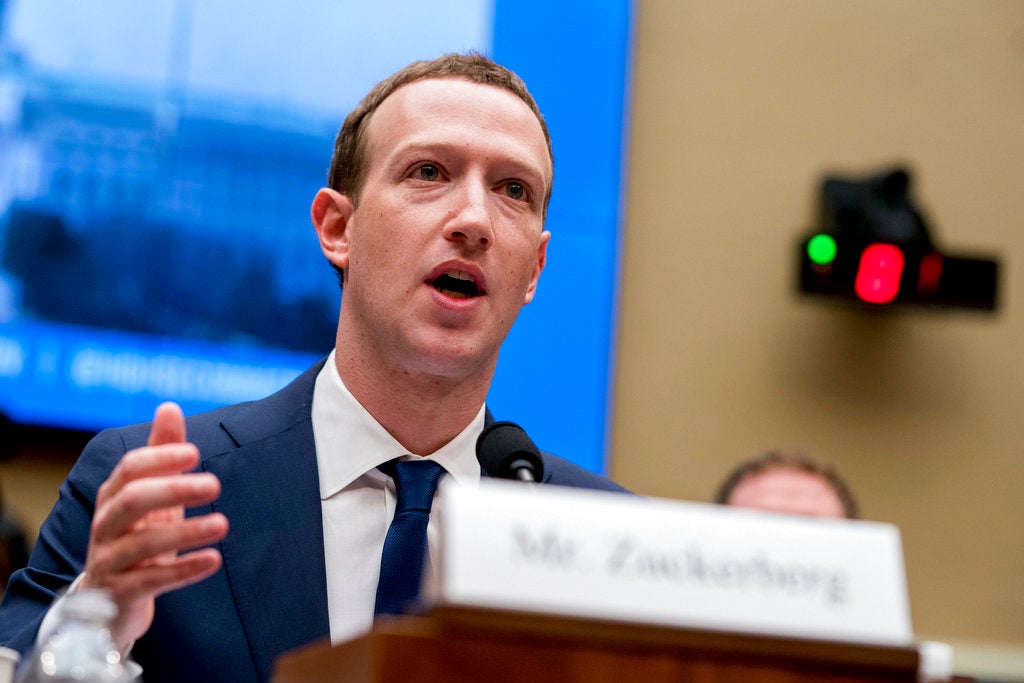 In this April 11, 2018, file photo, Facebook CEO Mark Zuckerberg testifies before a House Energy and Commerce hearing on Capitol Hill in Washington. AP

LONDON, United Kingdom — Facebook chief Mark Zuckerberg pushed back Wednesday against emails showing the social media giant offering Netflix and other popular apps preferential access to people’s data even after it had tightened its privacy rules.

A British parliamentary committee investigating whether the social media behemoth was being used to manipulate the results of elections published 250 pages of internal Facebook documents earlier Wednesday.

They show executives holding discussions about big companies such as Netflix being granted preferential access to user data even after Facebook had tightened its privacy rules in 2014-15.

Zuckerberg featured in one email exchange from 2012 in which he mulled selling the information to developers.

The emails feature in a lawsuit filed against Facebook in a California court by the now-defunct US app developer Six4Three.

They were sealed by the presiding judge but seized by the British committee under a never-before used parliamentary enforcement procedure last month.

Zuckerberg said he was writing because he did not want the emails to “misrepresent our actions or motives”.

“Like any organization, we had a lot of internal discussion and people raised different ideas,” Zuckerberg said in a message posted on Facebook.

He did not directly address Facebook’s apparent decision to give some of the world’s most popular apps special access to friends lists and other personal information that many people want to keep private.

“Ultimately, we decided on a model where we continued to provide the developer platform for free and developers could choose to buy ads if they wanted,” Zuckerberg wrote.

“Facebook have clearly entered into whitelisting agreements with certain companies, which meant that after the platform changes in 2014/15 they maintained full access to friends data,” Collins wrote in a note accompanying the emails.

“The idea of linking access to friends data to the financial value of the developers relationship with Facebook is a recurring feature of the documents.”

The emails show Facebook holding “whitelisting” discussions with the Russian-founded dating service Wadoo and US giants such as Netflix and the cab hailing service Lyft.

Collins said his decision to ignore the US court gagging order and release the exchanges was based on “considerable public interest” in their content.

“We need a more public debate about the rights of social media users and the smaller businesses who are required to work with the tech giants,” he wrote in a Twitter post.

Zuckerberg did not condemn the emails’ publication or threaten any reciprocal measures against Collins.

“I understand there is a lot of scrutiny on how we run our systems,” Zuckerberg wrote.

“That’s healthy given the vast number of people who use our services around the world.” /cbb