SAN FRANCISCO—Yahoo! chairman Roy Bostock announced Tuesday he was stepping down from the board of the struggling Internet company along with three other directors. 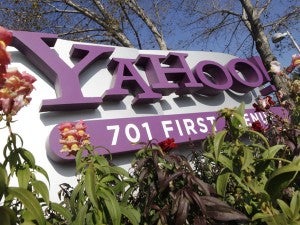 Bostock, in a letter to shareholders, also said Yahoo! was in “active discussions” with its partners in Asia on restructuring its holdings in the Alibaba Group and Yahoo! Japan.

Bostock said he had decided not to stand for re-election at Yahoo!’s next shareholders meeting, along with board members Vyomesh Joshi, Arthur Kern and Gary Wilson.

He said the board elected two independent directors on Tuesday: Alfred Amoroso, former president and chief executive of Rovi Corp., and Maynard Webb, a former chief operating officer at eBay.

Bostock said a strategic review of Yahoo! has made “significant progress” and has included “a wide range of discussions with potential partners.

“We have engaged with potential investors and reviewed proposals concerning an equity investment in the company, although at this time there have not been any proposals which have been deemed by the committee to be attractive to our shareholders,” he said.

“We are also in active discussions with our partners in Asia regarding the possibility of restructuring our holdings in Alibaba Group and Yahoo! Japan,” Bostock said.

“While we continue to devote significant resources to these discussions, we are not in a position at this time to provide further detail or to provide assurance that any transaction will be achieved,” he said.