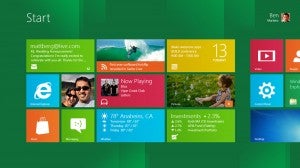 The US technology titan sent out invitations to a “Windows Consumer Preview” event to be held on February 29 at a hotel in Barcelona during a Mobile World Congress gathering in that city.

Microsoft promised to release more information closer to the end of the month.

The introduction of a test, or beta, version of Windows 8 to the public is expected to be accompanied by the opening of an “app store” stocked with mini-programs tailored for the next-generation operating system.

In December, Microsoft began wooing developers for a February opening of its first Windows Store intended to feature third-party applications crafted for computers powered by the Redmond, Washington-based firm’s software.

It will take on Apple and Google in the booming market of fun, hip or functional programs built for smartphones, tablets and computers.