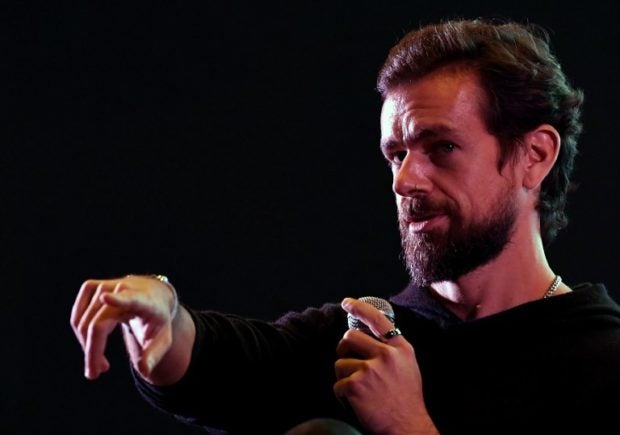 Twitter CEO and co-founder Jack Dorsey gestures while interacting with students at the Indian Institute of Technology (IIT) in New Delhi on November 12, 2018. AFP

YANGON, Myanmar — Twitter CEO Jack Dorsey on Wednesday defended a series of tweets about his recent meditation retreat in Myanmar that were pilloried on his own platform for failing to mention the persecution of Rohingya Muslims.

Dorsey’s gushing thread on Sunday came after a 10-day silent Vipassana meditation retreat near Mandalay in which he praised the country’s food, beauty and its people, whom he said were “full of joy”.

The comments drew heat online for leaving out any discussion of atrocities committed against Myanmar’s Rohingya minority during a military crackdown last year that drove more than 720,000 people into Bangladesh camps.

Critics piled into the tech mogul for being “tone deaf” at a time when the UN has said Myanmar’s generals should be investigated for genocide.

In a series of tweets, Dorsey defended his actions but conceded he could have handled the situation better.

“I’m aware of the human rights atrocities and suffering in Myanmar. I don’t view visiting, practicing, or talking with the people, as endorsement,” he said.

“I didn’t intend to diminish by not raising the issue, but could have acknowledged that I don’t know enough and need to learn more.”

Dorsey said he has been a long-time meditator and wanted to travel to Buddhist-majority Myanmar where Vipassana is practised in its “original form”.

Twitter is not nearly as popular in Myanmar as Facebook, which has been accused of not doing enough to control hate speech that fueled anti-Rohingya and anti-Muslim sentiment.

But hate speech during the Rohingya crisis also spilled over onto the micro-messaging site, which is facing similar allegations over hosting toxic content in countries where it is more broadly used.

Dorsey batted away speculation that there was a business twist to the visit, saying he had no conversations with the government during his trip, and described the platform as a way to raise awareness about human rights issues.

“Twitter is a way for people to share news and information about events in Myanmar as well as to bear witness to the plight of the Rohingya and other peoples and communities,” he said.

It is not the first time the travelling tech whizz has stirred outrage online.

On a trip to India in November, Dorsey was accused of inciting hatred against the highest caste after he was photographed holding a poster declaring “smash Brahminical patriarchy.” /ee

TOPICS: Jack Dorsey, technology news, Twitter
Read Next
Voice messages now available on Instagram
EDITORS' PICK
Alex Eala wins Grand Slam on Independence Day: ‘I hope I made my contribution to the country’
Palace: Duterte to announce new quarantine classifications; ‘normal’ GCQ likely in NCR Plus
Ahead of ONE: Full Blast II, Mongkolpetch warns Elias Mahmoudi: ‘Watch out for my fists’
Liza Soberano’s ‘Trese’ stint defended by voice actor Inka Magnaye
Synology NAS: A photo storage and multimedia server for your home
3 die, 110 recover from COVID-19 in Aurora province
MOST READ
‘Hindi pwedeng take 2,’ Sotto tells presidential, VP aspirants
Lacson: Kind-hearted Leni ‘in it to win’ presidency in 2022, but…
Not even found in Tiktik: Another bad word snuck into DepEd materials
Sotto, Villanueva react to LGBTIQ+ promise not to give them votes
Don't miss out on the latest news and information.