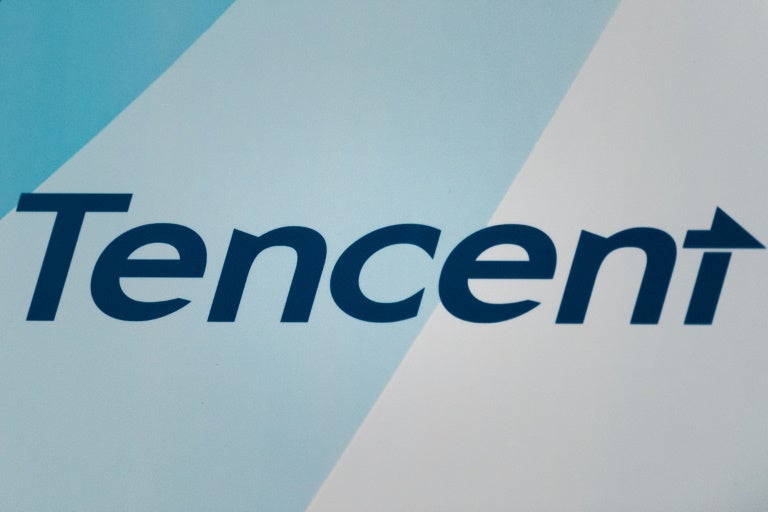 Tencent has become one of the world’s five most valuable companies. Image: Philippe Lopez/AFP/File

Shares of Tencent Music, the streaming division of the Chinese technology giant, rocketed higher Wednesday in its first trading session on the New York Stock Exchange.

Tencent Music said Tuesday it raised $1.1 billion in an initial public offering, the biggest by a Chinese company since Alibaba. The IPO price valued the company at $21.3 billion.

Other Chinese companies also advanced on Wall Street, including Alibaba, up 2.1 percent, JD.Com, up 5.7 percent and Baidu, up 2.9 percent.

The gains come amid more hopeful signs on US-China trade talks, including news China was reportedly preparing a new economic program to permit greater access to foreign companies in a concession to US President Donald Trump.

Tencent’s platforms across China include QQ Music, a start-up streaming service similar to Spotify that has the rights to stream songs from US-based Warner Music, among others. The company said it planned to use the IPO proceeds to “enhance our music content offerings to improve the variety, quality and quantity of content on our platform: and to help grow its base.”

Parent firm Tencent is one of the largest tech firms in China with the WeChat social media platform and about a billion users. Tencent said in a securities filing it had achieved “growth and profitability at scale” with revenue of $1.9 billion in the first nine months of the year and a profit of $474 million.

The Tencent Music IPO initially was planned for October but was postponed due to turbulence in financial markets. Shares of Spotify, the biggest music streaming service, also made its market debut this year in April and has fallen nearly 30 percent since late September. KM