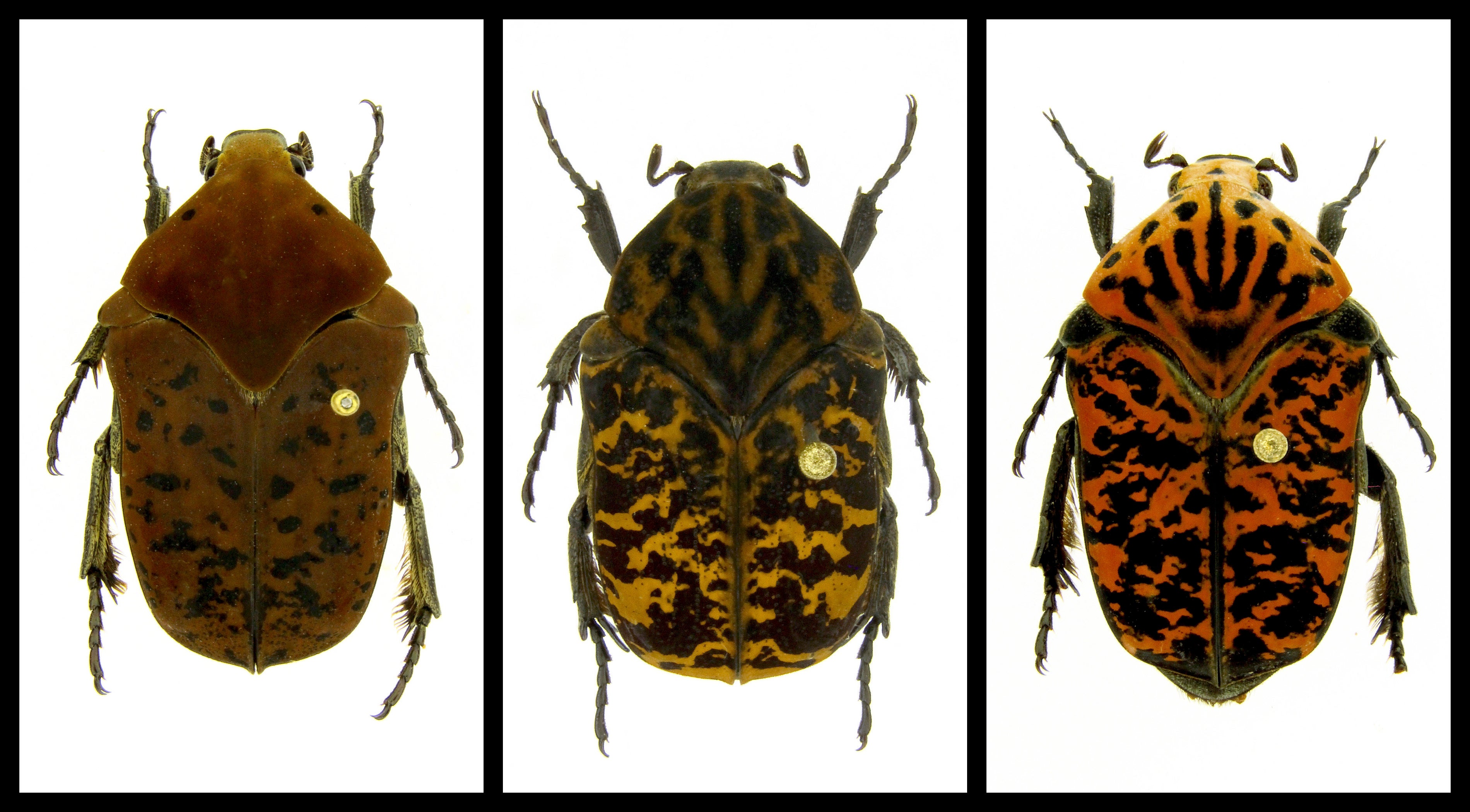 This combination of undated photos provided by Brett Ratcliffe in December 2018 shows, from left, Gymnetis drogoni, Gymnetis rhaegali and Gymnetis viserioni beetles from South America. Ratcliffe named three of his eight newest beetle discoveries after the dragons from the HBO series “Game of Thrones” and George R.R. Martin book series “A Song of Ice and Fire.” (Brett Ratcliffe via AP)

LINCOLN, Neb.  — A Nebraska entomologist has named three of his eight newest beetle discoveries after the dragons from the HBO series “Game of Thrones” and George R.R. Martin book series “A Song of Ice and Fire.”

Radcliffe said he’s a fan of the series, but ultimately chose the names to draw attention to biodiversity and the amount of undiscovered species.

“When you create names like these, you do it to gain a little bit of notoriety and bring public attention to it,” Ratcliffe said. “We’re still discovering life on Earth. One of every four living things on Earth is a beetle. We haven’t discovered them all. We’re not even close.”

Ratcliffe said he’s named hundreds of species over his 50-year career and creating new names becomes difficult. Naming rules recommend against using humor or insults, and are particularly useful to avoid having duplicate names, he said.

Ratcliffe said he went with the pop culture reference to have a little bit of fun.

“I’ve often thought that scientists take themselves too seriously,” Ratcliffe said, “and this is a way to circumvent that.”

Drogoni and viserioni can be found in Colombia and Ecuador, while rhaegali is in the French Guiana. All three have orange features.  /muf