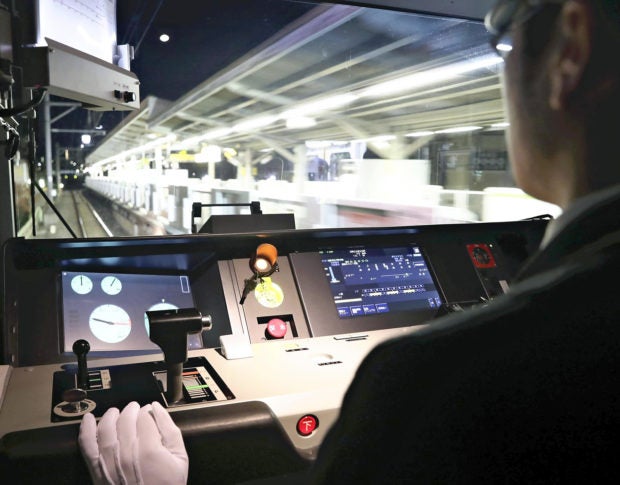 TOKYO — A self-driving Yamanote Line train went for a test run in Tokyo on Monday morning, as East Japan Railway Co. (JR East) unveiled its latest technology to the press.

JR East is accelerating the development of self-driving technologies, aiming to manage an expected future driver shortage due to the declining population.

On Monday, the train departed Osaki Station and made two complete circuits.

Although a driver was onboard in case of emergency, the driver did not touch the handle used to accelerate and decelerate the train.

What the driver did was simply press a button when departing each station.

The train stopped by itself or sped up automatically when it deemed it was arriving later than scheduled.

Although at some stations the train stopped at slightly different positions from the correct ones, the train was able to run almost on schedule.