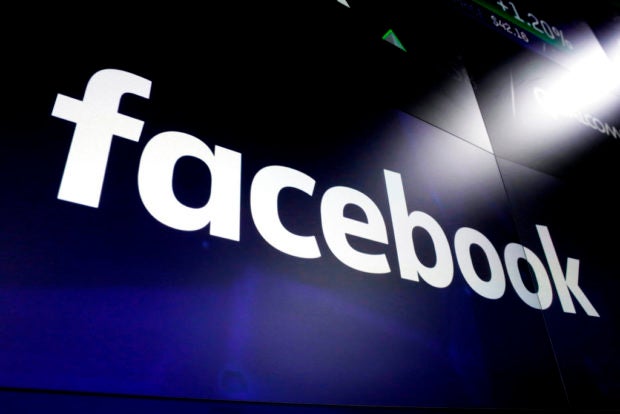 In this March 29, 2018 file photo, the logo for Facebook appears on screens in New York’s Times Square. Facebook is defending itself against allegations that it allows illegal content in violation of Vietnam’s cybersecurity law. AP

HANOI, Vietnam — Facebook is defending itself against allegations that it allows illegal content in violation of Vietnam’s cybersecurity law.

The social media giant said Wednesday that it had a clear process for reporting and handling content that violates laws. The company said it had restricted illegal content and was in discussions with the government.

The comments were in response to state media reports that the Ministry of Information and Communication has complained Facebook was allowing users to upload slanderous content and anti-government comments, among other alleged violations of a cybersecurity law that took effect Jan. 1.

The law requires service providers such as Google and Facebook operating in Communist-ruled Vietnam to store user data and open offices in the country and remove offending contents within 24 hours if requested by the authorities. /ee

FEATURED STORIES
TECHNOLOGY
Globe website hacked due to ‘poor internet connection service’
TECHNOLOGY
Google to give $1,000 to employees for work-from-home office needs
TECHNOLOGY
LOOK: Taguig architect creates new designs for post-COVID jeepneys
TOPICS: cybersecurity law, Facebook, technology news, Vietnam
Read Next
We’re techy, too! Deere, Tide maker head to CES gadget show
EDITORS' PICK
Mandaluyong fire put under control hours after it started
Leveling up your ‘lutong bahay’ with the kitchen companion you never knew you needed
Bato de la Rosa, Risa Hontiveros back bill increasing female recruitment quota in PNP
Quarantine violations still punishable despite deleted provisions in ‘Bayanihan 2’ – Bato dela Rosa
Someone from the Philippines can become $356 Million richer this Tuesday
Cherry Mobile teams up with Cloud Panda PH, launches online store
MOST READ
‘If I had not been SolGen, I will make you eat your words,’ Calida tells Coco Martin
5 car dealership outlets shutting down
51 percent of German firms holding back investments in PH, but not because of COVID-19
Senate OKs bill authorizing president to postpone opening of classes beyond August
Don't miss out on the latest news and information.