But the shop employs a marketing strategy that is dirty.

In one of its sponsored contents, the online shopping startup digitally manipulated an INQUIRER.net breaking news story about Gray bagging the Miss Universe 2018 crown in a competition held in Bangkok last December 17. Promo Shopping Bazaar altered the headline to read: “Catriona Gray was accused of cheating after winning Miss Universe.” 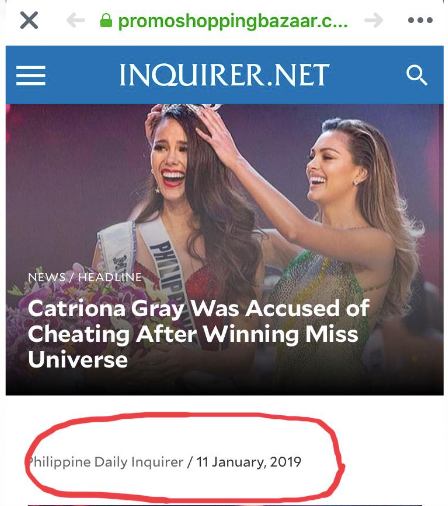 The Info and Ads section of its Facebook page has 10 sponsored contents placed on the giant social networking site. All ads carried fake headlines, basically saying that Gray broke the Miss Universe contest rules and that the pageant judges took back the crown.

When clicked, they would lead to the e-book Universal Beauty.

All the sponsored contents were originally in English but after being reported to Facebook as a scam, the headlines were changed and now written in Filipino. 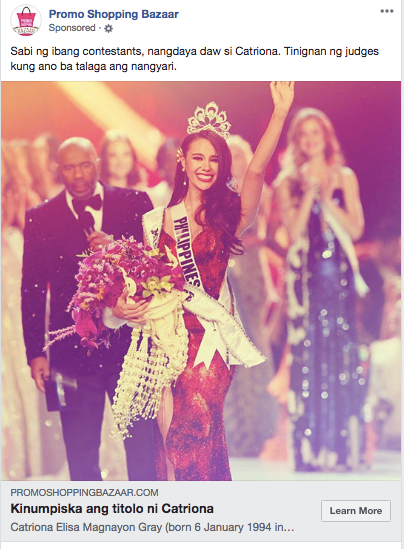 One of the ads now written in Filipino.

A message to Promo Shopping Bazaar was sent via its Facebook page, asking the online shop to take down the digitally manipulated INQUIRER.net news.

There was no response from the e-retailer as of this posting.