This common owl has a scientific name Otus megalotis, and is one of many owl species endemic in the country. It can be found specifically in Luzon.

In a video uploaded on Facebook by Jose Ritche Bongcaron, faculty and director of the presidential management office of DLSU-D, the owl looked tired and could be seen stumbling on the ground.

“I was about to park beside Museo De La Salle this morning to report for work and this cute little guy suddenly showed up! Looked tired, injured, [I] am not sure but [it looks] really weak to even fly again,” Bongcaron said.

WATCH: An endemic juvenile Philippine Scops Owl was rescued in DLSU – Dasmariñas campus on Wednesday. After being properly handled by DLSU-D EMS and SHS Research Faculty, the owl was released back to its habitat on the same day. | 📹 Jose Ritche Bongcaron, Nian Beceril, and Marlon Pareja

Bongcaron told INQUIRER.net that he quickly endorsed the injured bird to ERMAC (Environmental Research Management Center) inside the campus where it was properly handled and documented by faculty researchers.

In another Facebook post, Nian Beceril, a member of DLSU-D Senior High School STEM Research Faculty, concluded that the owl probably obtained its injury after it fell from a tree.

“I hurriedly documented the owl and did a quick morphometric measurements. This rare sighting inside DLSU-D shows how diverse the avian species [are],” Beceril stated.

Beceril told INQUIRER.net that it was not the first time that an alive owl was spotted in the campus. “May alam po kasi kaming other family ng owl, same species na nakita sa west and east campus namin.” (We also know other owl families of same species which were found in the west and east side of our campus.)

Beceril also said that back in 2017, he joined the ERMAC of DLSU-D together with Marlon Pareja, associate professor of Biological Sciences, in conducting a bird survey inside the school grounds; they found 34 species of both endemic and migratory birds living there. 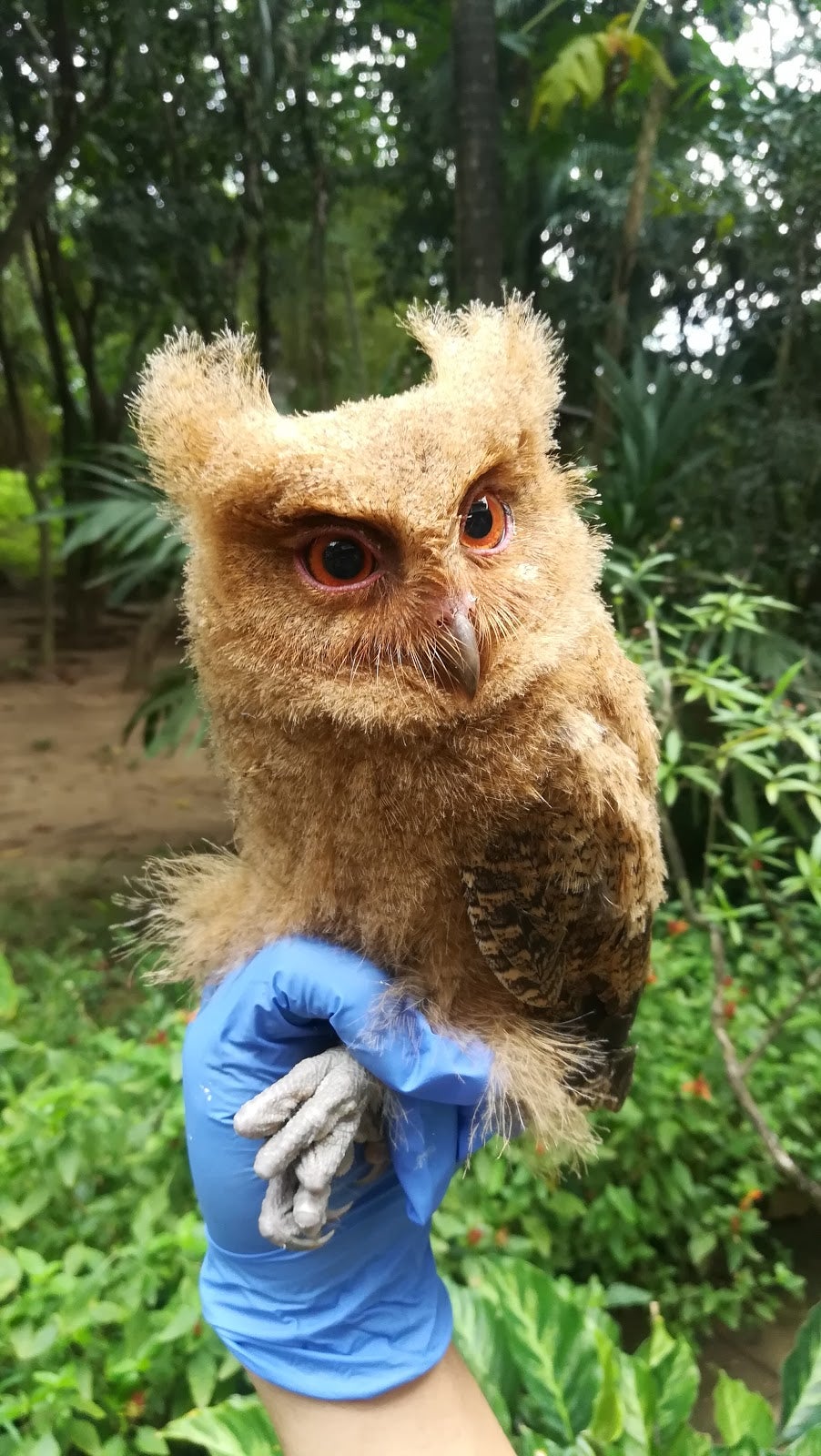 The purpose of this survey is for them to expand the biodiversity conservation effort of their campus and to plan out for a bigger project of establishing DLSU-D as an urban biodiversity corridor.

Br. Butch Sanchez Alcudia of Liceo-De La Salle suggested to call it “Juan” in honor of Saint John Baptist de La Salle, while Bongcaron jokingly said in another Facebook post that the owl could be the campus mascot.

Around 6 p.m. on the same day, “Juan” was released back to its habitat. JB