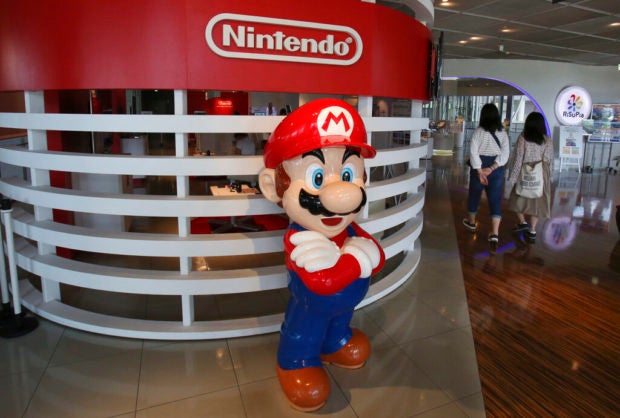 This June 19, 2018 photo ahows visitors walking around a figure of Super Mario of Nintendo at Panasonic center in Tokyo. AP

TOKYO — Nintendo, the Japanese video game maker behind the Super Mario and Pokemon franchises, is reporting a 25 percent jump in its fiscal third quarter profit, boosted by the popularity of games for its Switch console.

Nintendo Co. reported on Thursday that its October-December profit was 104.2 billion yen ($956 million), up from 83.7 billion yen a year earlier.

Among the hit software for Switch was “Super Mario Bros. Ultimate,” whose sales have totaled 12 million units since it went on sale in December.

The popularity of such games helped drive Switch machine sales during the holiday shopping season, the company said.

The Switch is a hybrid game machine that works both as a console and a tablet. /ee