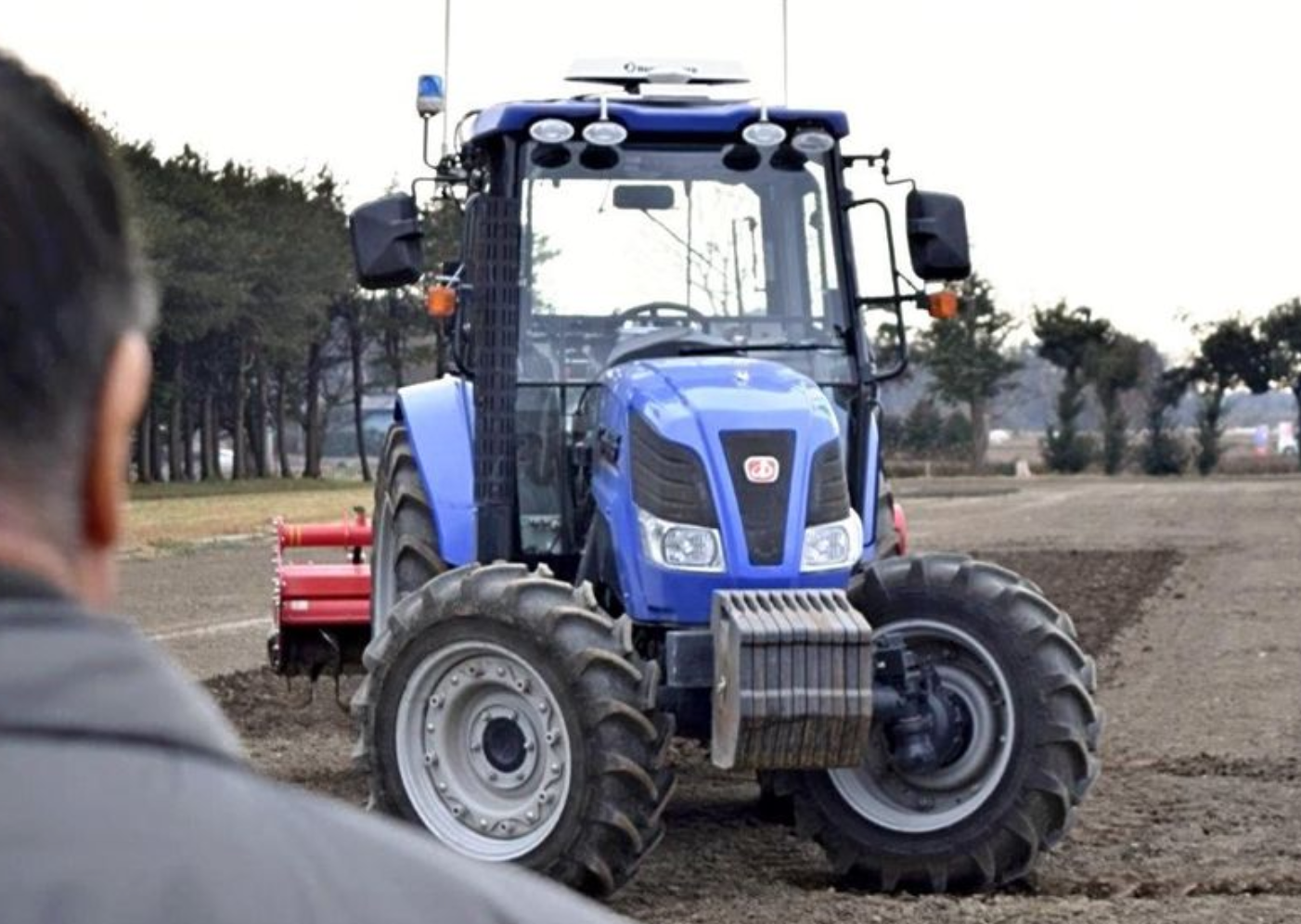 TOKYO — “Smart farming,” which brings together cutting-edge robotics and artificial intelligence, could hold the key to an agricultural resurgence in a nation of graying farmers and workers reluctant to toil in soil.

Major agricultural machinery makers are already pouring resources into developing new equipment, and the government is planning experiments to test self-driving tractors and other technologies at about 50 model farms starting next fiscal year.

A new robotic tractor was unveiled Jan. 15 at a research farm run by the National Agriculture and Food Research Organization, a state research and development institute based in Tsukuba, Ibaraki Prefecture.

With no one in the driver’s seat, a worker standing off to the side used a tablet computer to make the tractor stop and go. When the tractor reached the edge of the field, it made a rapid U-turn. In no time at all the field was plowed.

The tractor’s motions were monitored on the tablet’s screen, which allowed the worker to operate two tractors simultaneously.

Kubota corp. has started test-marketing of a tractor that can plow both wet and dry fields. It uses satellite location data to move automatically at a high level of precision, with only a few centimeters of error.

“In the future, we will achieve ‘unmanned farming,’ in which AI will comprehensively analyze satellite, meteorological and other data so robot farm machines can operate automatically,” said Yuji Tomiyama, a Kubota managing executive officer.

Another area of progress is in the use of small drones. Agricultural drones are used not only to spray agricultural chemicals and monitor crops, but also to detect outbreaks of harmful pests using specialized image analysis software.

In rice farming, “internet of things” technology is being used to control the flow of water into and out of paddies. Farmers can use a smartphone to automatically open and close a paddy’s input and output valves to regulate water levels.

The government’s experiments include efforts to make farming more profitable, such as by aiming to increase the value of produce by at least 10 percent while also decreasing production costs by at least 20 percent. Farmers and others have come to see the experiments for themselves.

However, farmers feel a mix of both hope and anxiety.

“Farm work gets harder every year and automation could probably relieve a lot of that burden,” said a 68-year-old farmer who grows mainly rice on about 4 hectares in Daisen, Akita Prefecture. “But things like self-driving tractors are too expensive. It doesn’t pay for small farmers to buy them.”

Indeed, the cost of cutting-edge farming machinery is significant. In Kubota’s test-marketing, self-driving tractors are priced at about ¥10 million, about 50 percent more than a regular tractor. For prices to go down, more customers will be needed to increase mass production.

Agriculture survives through farmers’ years of experience and knowledge. Therefore, the introduction of new machinery “makes many farmers feel like their careers are being negated,” said a Japan Agricultural Cooperatives official.

“For smart agriculture to spread, farmers need to be shown that it will lead to ‘profitable farming,’” said Hokkaido University Prof. Noboru Noguchi.